Tom Pelissero is a professional sports journalist and TV Reporter from America who is currently working in the NFL. He works as an NFL's daily reporter and was also involved with USA Today between 2013 and 2017. He also host the popular radio show called Sirius XM Radio Inc. He also worked as a Senior Editor for 1500 ESPN Twin Cities from 2010 and 2013.

The licensed TV reporter has been working in the Tv and radio for more than 10 years. Before, he used to work as a content writer for a radio show and later started working as a TV personality. He constantly updates the daily reports of the NFL and also takes interviews of players after the game.

Tom Pelissero was born in America but he has never disclosed information about his date of birth. But he is estimated to be around 35 years old as of 2021. 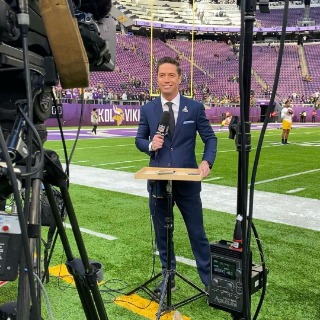 He has never shared his family background information but once he posted that, his Great Uncles Donald and Bob Johnson were army who served in World War II. Donald died during the year and at that time, his father was about 12 years old.

He accomplished his bachelor's degree from Boston College in 2003 where he graduated with B.A. Communications After his college, he did an internship at ESPN.

Tom's Net Worth, House, and Earnings

Being a famous TV personality, the 35 years old NFL reporter probably makes a good sum of money from his works. Sources claim that he has an estimated net worth of about $300,000 approximately. But the actual worth is not made public yet and he himself has never talked about it. 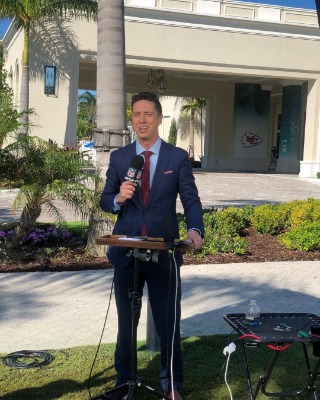 He makes an approximate salary of about $60,000 annually through his professional career as a journalist. As per Glassdoor, the NFL sideline's reporter makes about $43,000 per year on average. They can earn up to $300,000 if they are more experienced and famous.

Read also:- Net worth and Career Earnings of Vasgersian

Tom is currently living a happily married life with his wife Sara Pelissero. The couple got married on May 20, 2012, in the presence of their family and close relatives. 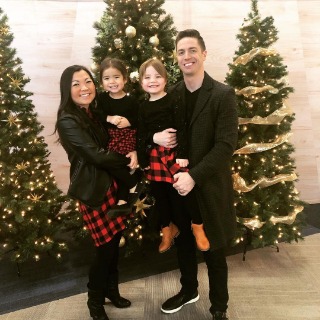 Tom Peliserro with his wife and children SOURCE: [email protected]

Tom's wife Sara celebrates her birthday on October 11 and he never shies to wish her on her birthday. In May of 2020, he wished his wife saying,

"Happy anniversary, gorgeous. To celebrate, here’s a photo from our wedding and the most recent photo I have of us outside the house. Can neither confirm nor deny both happened in 2012. Still wouldn’t want to be stuck with anyone else."

Previously, Sara suffered from cancer but was able to beat it. She is currently living a healthy life with her supporting husband Tom.

Sara and her love Tom are blessed with 2 children, both daughters. The Pelissero family lives a happy life in Minnesota.