Tom Hoge is an American professional golf player. He has been playing professional golf since 2011. Tom has not been able to win major tours or events except a Single Tour event in 2011 of the Canadian Tour Players Cup. The golfer won more than half-a-dozen Amateur events in his early life.

Tom Hoge was born on May 25, 1989, in Statesville, North Carolina. He is among the three children born to Chuck Hoge and his wife, Rhoda Hoge. Tom has a brother Charlie and a sister named Elli. There is not much information about his parent's economic career. Hoge's family moved to Fargo, North Dakota, when he was very small and still resides there. He played college golf at Texas Christian University and won several titles.

Tom Hoge has an estimated net worth of more than $6 Million. In his short professional career, Tom has become very much successful with his economic career. A golf player has multiple incomes like prize money, endorsement deals, contracts, advertisements and sponsorship deals. In his last season, Hofe took home $1.8 Million from his 25 events in which he made cuts in 13 games, which is similar to that of his friend, Mark Hubbard, who earned $1.9 Million. 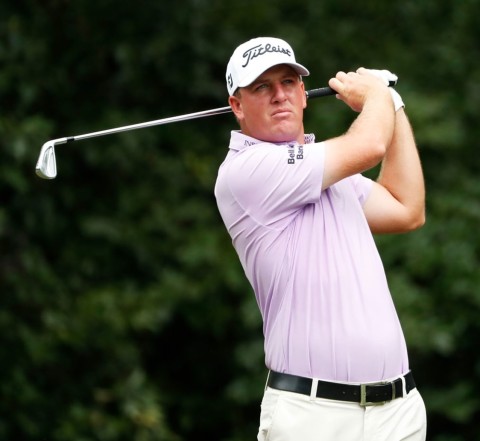 Tom earned $690,000 in the very first year of his professional career from his 26 events. He reached a million marks earning the following season when he gathered $560,000. Hoge has made the most from A Military Tribute at The Greenbrier Event worth $854,000 from his four appearances. He has played a total of 169 events to date and will be earning much more in the days to come.

Is Tom Hoge Dating Someone Or is he Married? Know About His Relationship

Unlike other golf players, Tom is open about his personal life with the public. He is an active social media user and keeps posting photos and videos of himself and his family. Following his posts, We can be sure that Tom is a married man living a happy married life. Hoge and Kelly Hoge exchanged their wedding vows in December 2017. 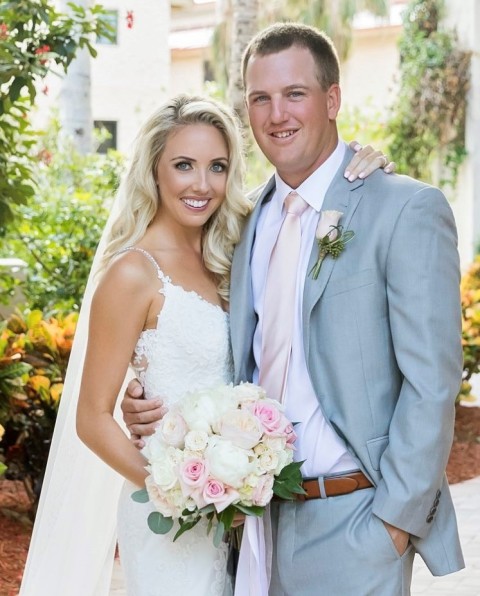 Tom Hoge shares a photo along with his wife SOURCE: Twitter @ Tom Hoge

The love birds had been dating each other for more than three years before tying their wedding knot. There is not much information about Kelly's family background and their first meeting experience. Kelly can be seen with Tom in most of his games. The duo seems to be supportive of each other.

Statesville Native Tom won several North Dakota and Minnesota amateur titles. He made his professional debut on the 2011 Canadian Tour and won the 2011 Canadian Tour Players Cup in his very first appearance. After this event, He got the pass to play on the Web.com Tour. After playing there for three years, In 2015, Hoge started playing on the PGA Tour.

In the 2015  Nationwide Children's Hospital Championship, The golf player finished second-place, which remains the highest PGA Tour's highest achievement. In the 2021 season of the Farmers Insurance Open, Tom came in 5th, and both Harry Higgs and Beau Hossler came in 9th.