Mark Hubbard is a rising American professional golfer. He has been playing professional golf since 2012. Mark has played a total of 120 events and has won three major Tours to date. He competes in the PGA Tour and also played in Korn Ferry Tour and PGA Tour Canada.

Mark Hubbard was born on May 24, 1989, in Denver, Colorado. Mark is the only child born to Melissa Hubbard and his wife, Bruce Hubbard. He is yet to share information about his parents and his early life. After graduating from High School, Mark enrolled at San Jose State University. Talking about his physical appearance, Hubbard stands six feet tall and weighs 79 kgs.

Mark Hubbard has an estimated net worth of more than $3 Million. He credits most of his net worth through his successful career with golf. A golfer earns a reasonable sum through endorsement deals, sponsorship.  Although Golf remains the primary source of his income, there are several other sources. 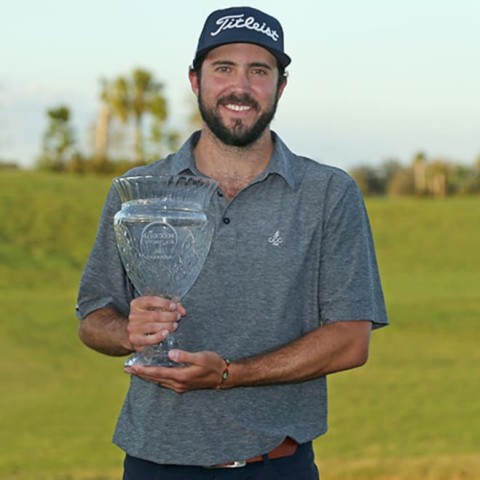 Who is Mark Hubbard Married To? Know About His Wife and His Personal Life

Mark is engaged to his longtime girlfriend, Meghan McCurley.  Mark popped up the question on the 18th hole at the Pebble Beach Golf Links in 2015. He took a knee behind the par-5 hole, and she said yes. The duo had been dating for seven years before getting engaged. 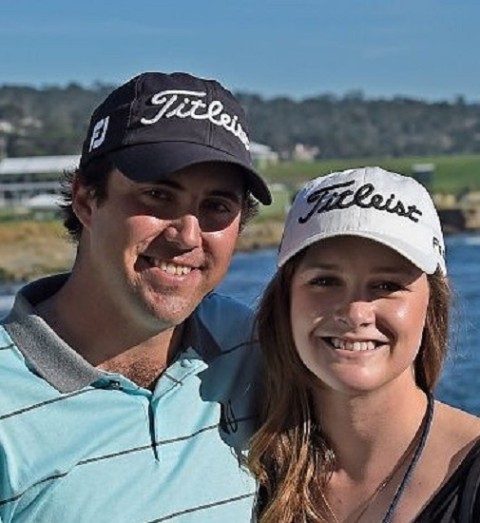 Mark and his partner both attended San Jose State University. Both of them are active social media users. They keep posting photos and videos of each other in their timelines regularly. Meghan keeps attending Mark's games regularly.

The American golfer played golf in his High School and then played for his University team. He twice qualified for the NCAA Division I Men's Golf Championship in 2009 and 2011. Hubbard won the 2010 Mark Simpson Colorado Invitational and the 2011 WAC Championship. Mark made his debut in 2012.

Hubbard won his first major event of PGA Tour Canada event at The Wildfire Invitational. After the series, He ranked third on the Order of Merit. Denver native Mark finished 18th on the regular-season money list and secured his first-ever PGA Tour card. Hubbard had a better season in 2016, making 21 out of 30 cuts. In 2019, Mark earned his first win on the Web.com Tour at the LECOM Suncoast Classic and finished the season as 9th in the money list.