T.J. Laramie nicknamed The Truth is a Canadain professional Mixed Martial Arts (MMA) fighter who is currently signed to Ultimate Fighting Championship (UFC) under the featherweight division. A professional since 2015, he has previously competed at Pancrase, HKFC, TKO, and PEC.

As of 2020, TJ Laramie has an estimated net worth of $0.1 million. The significant source of his earning is a MMA career. Presently, he is signed to the UFC where the fighters get paid a base salary on fight night no matter if they win or lose. Moreover, there is a “win bonus” for the winning fighter, “fight of the night” and “performance of the night.”

It is believed that he annually makes $50,000 per annum from his fighting career. Besides, there is no further information regarding his financial aspects.

Scrolling through TJ's Instagram account, he is currently dating. Though he has shared a few pictures with his girlfriend, there is less to no information about her. 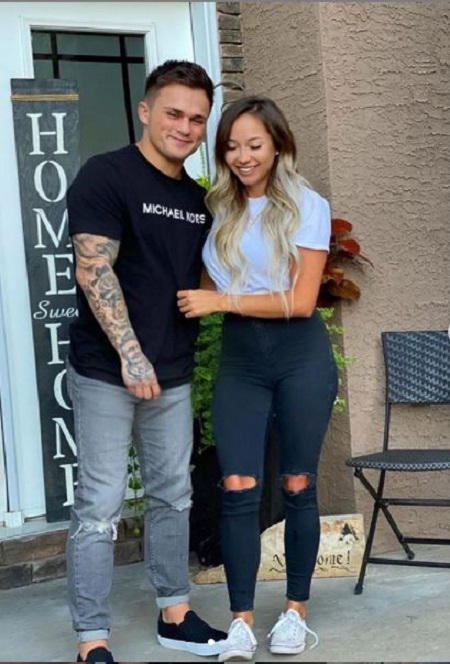 Other than that, he often posts pictures with a cute little baby girl, but again it is unknown who she is. It seems like, TJ prefers his personal life private.

T.J. was raised Windsor’s east end by his parents alongside his siblings. He’s been in the area for as long as he can remember. Unfortunately, he lost his elder brother and his mother, in 2005. Not long after they had passed away, he moved in with his aunt for almost five years.

Near the end of grade eight, he moved back in with his dad. In his first year at St. Joseph’s Catholic High School, T.J.’s dad introduced him and his younger brother to UFC. Aside from his fighting career, T.J. got a job in his teens before discovering his second true passion – cutting hair.

On 15th March 2015, Koji made his professional MMA career debut at Pancrase - 265 where he faced Koji Obata. He won the fight via TKO punches. Before signing to the UFC in August 2020, he recorded 12-3-0. For now, he is expected to face Darrick Minner at UFC Fight Night: Covington vs. Woodley on 19th September 2020.