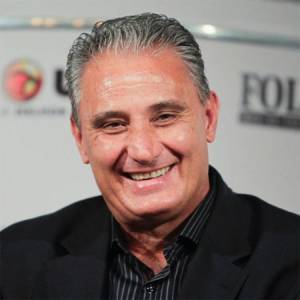 Adenor Leonardo Bacchi is better recognized as Tite, a former Brazilian player and a renowned football manager who is currently manager of the Brazil national team. Tite is a married man.

In 1984, he joined “Esportivo-RS." For the club, he made 15 appearances and scored one goal. In 1985, he played for “Portuguesa," scoring five goals. And in the following year, he switched to “Guarani."

While playing for the club, Guarani, Tite achieved the prestigious honors as a player in his career, being part of the team that reached runner-up in the 1986's Campeonato Brasileiro Serie A, 1988 Sao Paulo State Championship, and 1987 Copa Uniao.

Nonetheless, his career ended prematurely at the age of twenty-seven due to consecutive knee injuries, which caused him to lose mobility in one of the knees.

Tite started his managing career with “Guarany de Garibaldi." He then switched to clubs such as “Caxias," “Veranopolis," “Ypiranga de Erechim," and “Juventude” respectively. Then in 1999, Tite rejoined Caxias, and gained his early success, leading the squad through a surprising campaign in the 2000 Campeonato Gaucho.

Throughout his career, he has managed several numbers of the club, perhaps most famous for his successful stint at “Corinthians," where he trained players from 2004-05. He returned to the team again in 2010-13, when he led the squad to their first Copa Libertadores title and a second FIFA Club World Cup title.

In 2014, Tite took a sabbatical year to learn more on the subject of modern football, and he returned to Corinthians from 2015 until June 2016, when he became a coach for the Brazil national team.

As per our record, Tite worked as a manager for total 13 clubs till the date, including “Palmeiras," “Al Ain," “Internacional," “Ai-Wahda," “Sao Caetano," “Ypiranga de Erechim," and many others.

Tite tied the knot with his long-term girlfriend, Rosmari. The lovely couple together has a daughter and son Matheus, who now plays NCAA Division II soccer at Carson-Newman University. Till the date, there is no news and rumors regarding conflict, divorce, and extra-marital affairs in their relationship.

Though there is no exact figure of Tite’s net worth and salary, his lavish and luxurious lifestyle indicates that he earns a tremendous amount through his coaching career.