Timo Werner was born on March 6, 1996, in Stuttgart, Germany. Regarding his nationality, Timo Werner is German and belongs to the white ethnicity. 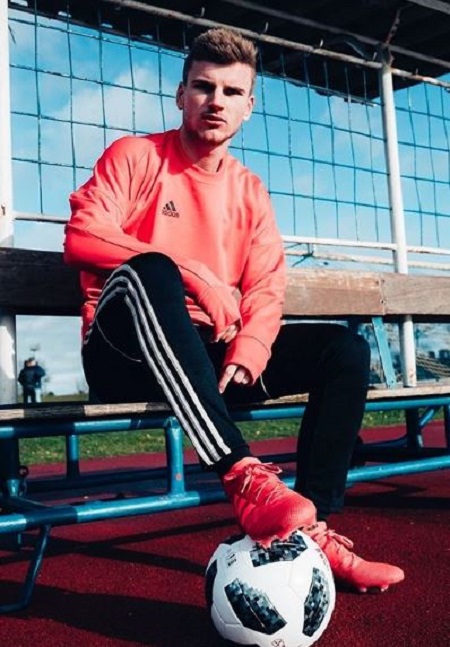 Besides, his income-generating source is endorsement deals with various brands, including Adidas. His market value is €75 million. In 2017, his net worth was $3 million, and the market value was 45.00 million euros.

Timo Werner has been together for years with his childhood sweetheart Julia Nager. However, in 2017 the footballer surprised joys and sorrows by suddenly sharing a vacation photo from Thailand on Instagram; on the side of a lady other than Julia. It was about Paula Magdalena. 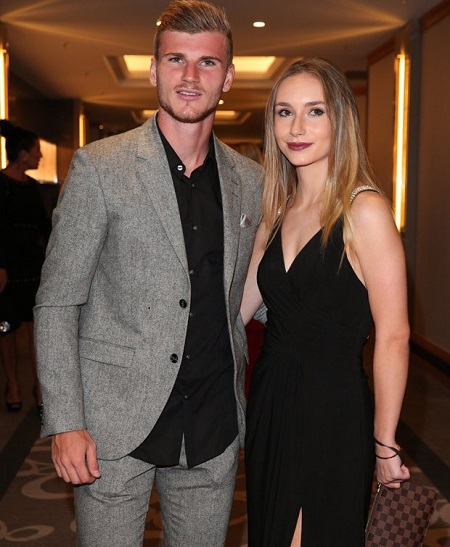 Soon, it became clear that it was a serious new love for Timo. Paula Magdalena is a beautiful blonde who has already completed her studies at the gymnasium. The couple often shares their pictures.

The couple attended the 12th GRK Golf Charity Masters evening gala at The Westin Hotel on July 27, 2019, in Leipzig, Germany.

Timo has been with Julia since 2020. They keep attending numerous events together and even share photos of them. The duo is yet to get engaged or their wedding knot.

Werner was born to his father, Gunther Schuh, and mother, Sabine Werner, and grew up with his siblings. His father was also a professional footballer who played as a forward during his days.

Growing up, Timo was a big fan of German footballer Mario Gomez. As reported, his mother wanted Timo to finish school before becoming a professional footballer.

Timo Werner started his football career with the senior team, TSV Steinhaldenfeld. After then, Werner joined VfB Stuttgart in 2012. Later, Werner made his senior debut on August 1, 2013, away from PFC Botev Plovdiv in the 2013-14 UEFA Europa League qualifying phase. Timo Werner became the youngest player ever to play in the club.

After that, Timo Werner signed a contract until 2018 with VfB Stuttgart on his 18th birthday. Afterward, Werner signed a four-year deal with a German association football club, RB Leipzig, worth 10 million euros, which became the highest transfer in the team's history.

In the beginning, Timo Werner appeared in Germany U15, U16, U17, U18, U19, and U 21. Afterward, Werner played for the senior team in a friendly match against England and the 2018 World Cup qualification over Azerbaijan. His team Germany's national football team, won FIFA Confederation Cup in 2017.