Timea Babos is a Hungarian professional tennis player who has won three singles and 24 doubles titles on the WTA Tour. She reached her career-high singles ranking of world 25th in September 2016 and reached No.1 in the doubles ranking in July 2018. She is the first Hungarian player to reach the top of the WTA rankings.

A professional since 2011, Timea Babos has made a tremendous sum of money through her tennis career. As of 2020, her net worth is approximately $7 million. As a matter of fact, income sources, tournament prize money, endorsement deals, playing exhibitions, and bonuses.

Reportedly, Babos made $7,951,139 as prize money to date. Earlier, she was endorsed by Adidas and K-Swiss. In 2016, she signed a multiyear endorsement deal with John Isner. Moreover, she is sponsored by various brands MOL, Samsung, Cardo, and Ice Power.

Straight to the point, the Hungarian tennis player is single. To date, there is no news and rumors popped out in the media regarding Timea Babos' love affair or boyfriend. 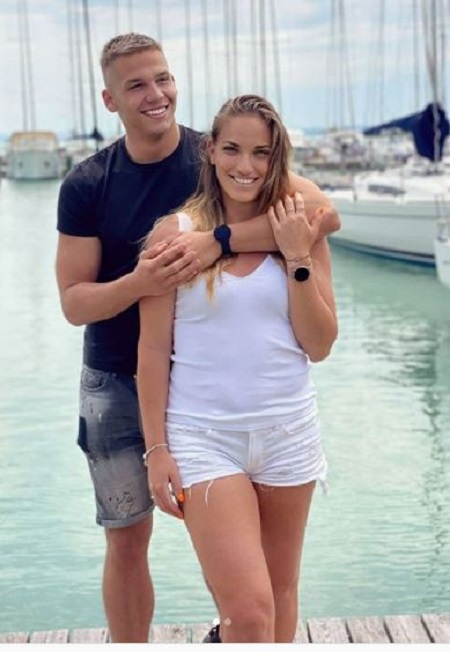 Scrolling through her IG, we didn't found any lovey-dovey post. Rather, she often posts pictures with her best friend, Fulop Budavari.

Timea Babos is the daughter of Casaba Babos, a tennis coach, and Zsuzsanna Babos. She has an elder sister, Susie.
Timea and her sister started playing tennis at a pretty early age. In an interview, she told, "I never really planned on playing tennis and neither did my family. My parents thought it would be best if I swam, so I did. Given that I am very competitive, I started going to junior swim meets but soon after, I realized that it wasn’t really for me, so I practically begged my parents to let me play tennis."

A refined junior player, Babos' most outstanding achievement has come in doubles, winning the 2018 Australian Open, the 2019 and 2020 French Open, and the 2020 Australian Open. She reached the women's doubles final of the 2014 Wimbledon Championships and 2018 US Open partnering with Kristina Mladenovic of France.