Thomas Teye Partey better known as Thomas Partey is a professional footballer from Ghana who currently plays side Spanish club, Athletico Madrid, and the Ghana national team. The defensive midfielder previously played for Mallorca (2013-2014) and Almeria (2014-2015).

The indigenous of Krobo Odumase, Ghana, Thomas Partey was born on 13th June 1993, under the star sign Gemini. The twenty-seven years hold Ghanaian nationality and belong to the African descent. A full Ghana international since 2016, he has won 27 caps with 10 goals.

Thomas Partey is currently is playing for Athletico Madrid where he weekly makes €47,000, i,e. €2.4 million per annum. As per his contract with the team, he will earn the same figure as his salary until 2023. Diego Costa and Koke are the highest paid footballer of the team. 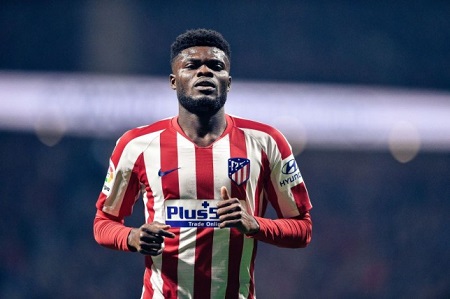 Before signing to the senior team, he played for Atletico Madrid B and on loan for Mallorca and Almeria. Besides, he earns a considerable sum of money from the Ghana national team. Also, he is endorsed by Nike.

As of 2020, Thomas Partey has an estimated net worth of $2 million. His market value is reported €40 Million.

The Atletico Madrid midfielder, Thomas Partey is one of Arsenal’s top targets for the summer transfer window (EPA).  Reportedly, he has a €50 million (£43m) release clause in his contract with Atletico and the Gunners have already initiated negotiations ahead of a possible deal in the forthcoming transfer window.

The twenty-seven years old is offered to triple the wages by Arsenal that Atletico Madrid currently earns in order to bring the Ghanaian to the Premier League.

Thomas Partey is neither married nor single. He is rumored to be dating a beautiful lady, Giuseppina Nana Akua Baafi who is a former beauty queen. His lady, Giuseppina won the 2013 Miss Ghana beauty pageant but was later stripped of her crown after taking a strong swipe at the organizers. 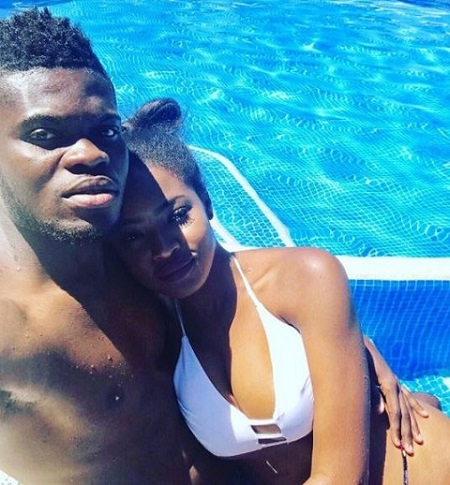 However, the footballer has managed to keep his love life away from the prying eyes of the media. They rarely make any public appearances.

Odometah FC's product, Thomas joined the Atletico Madrid youth system in 2012. After a season, he was promoted to the reserve team of the Atletico. During his spell at B team, he went on loan season-long loan to Mallorca and then to Almeria. On 28th November 2015, he made his senior team debut for the Atleti in a 1-0 home victory over Espanyol.