Thibang Phete is a South African professional footballer signed to the Portuguese club Belenenses SAD as a defender. He represents the South African national team at the international level and has earned one cap; he plays wearing jersey No. 21 for his Portuguese club and is a youth product of Milano United.

On April 4, 1994, Thibang Phete was born in Kimberley, South Africa, under Aries as a star sign. As of now, there is not much information about his parents' detail; Belenenses SAD's defender is twenty-eight years old, stands 1.87 m (6 ft 1 inch) tall, and weighs over 78Kg.

Belenenses SAD's defender started his senior career in 2013 and has continued his journey to date. As seeing his career, Phete has played for more than seven professional clubs; he played for Milano United, Tourizense, Victoria Guimaraes, Victoria Guimaraes B, and Famalicao through which might have collected some earnings to date. 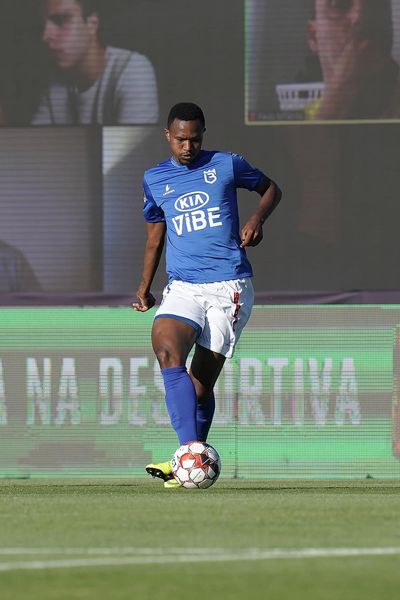 Currently, Phete plays for Belenenses, which he joined on August 3, 2020, but his official statement regarding his salary has not been flashed out to the public yet. As for Phete's net worth, he is believed to have a net worth of more than $1 million.

As for now, the endorsement deals of Phete remain private. Belenenses's defender contract ends on June 30, 2022, with a current market value of €700Th.

It is unknown if Belenenses SAD's defender Phete is married or not. There is no information about Phete's love life in the media. Furthermore, he is active on Instagram and Facebook but has not shared pictures with any girls.

Must say, Phete has maintained his personal life as secret as possible, but the South African defender might be dating in private and is waiting for the right time to flash out to his fans. He posts about his professional achievements and games on his social platform.

Also, know about Allan Nyom's Facts, Net Worth, and Salary.

As born in Kimberley, he started playing with his home team Milano United where he grew up as a professional player. After which he transferred to several clubs, he was well known for his time in Victoria Guimaraes, where he made 66 appearances for the club, scoring four goals. 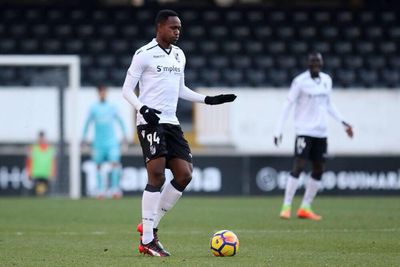 He joined his current club Belenenses SAD in 2020; young talented Phete made his debut for the senior national team in June 2019 against Namibia, bearing a draw.