Theo Corbeanu is a professional football player from Canada and currently plays in League One, the second-highest division of England. He plays in the forward position for Milton Keynes Dons and was recently transferred in 2022. His parent club is Wolverhampton Wolves where he joined in 2018. He wears a jersey number11 for his club.

Milton's forward Theo has been playing for the national team of Canada since 2021. He made his international debut in March of 2021 against Bermuda in the 2022 World Cup Qualification. Till now, he has made 6 appearances and scored 2 goals. He was also named the 2021 Canada Soccer Youth Player of the Year.

Theodor Alexander Corbeanu, mostly known by the name Theo Corbeanu was born on May 17, 2002, in Hamilton, Ontario, Canada. According to astrologers, his birth sign is Taurus. His parent's personal information is still not revealed but they were originally from Romania. His family moved to Canada in 1999. According to him, he is the only one who is fully Canadian as all his other family members were born in Romana.

In an interview, he said,

"I'm really the only one in the family tree who's fully Canadian." He added, "It was a great experience but at the end of the day I'm Canadian. I've always wanted to play for Canada"

Theo grew up along with his brother whose name is not revealed.

His brother is 9 years older than him and was 7 years older when his family moved from Romania.

His weight is around 76 kg and has short black hair.

How much is the net worth of Theo C?

The estimated net worth of Theo Corbeanu is 100 thousand pounds approximately. Theo Corbeanu in front of a car SOURCE: [email protected]

His major source of income is from playing football throughout his career.

Salary of Corbeanu at his current club 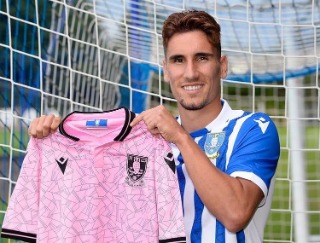 But as of now, he has been sent to loan to Milton s his salary must have been reduced comparatively.

The Canadian forward is a young player who is just 19 years old. So, he might not be dating anyone. He barely shares photos with any girls in the public. 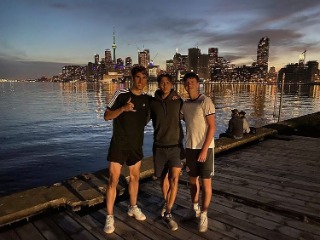 The former Wolves forward Theo is an active Instagram user who has a fan following of more than 25,700 followers.

His Instagram username is @theocorbeanu and filled with photos of his games and training including time with friends and family.