Thayer Munford is a well-known American Footballer of the National Football League who plays as an offensive tackle for the Las Vegas Raiders. The athlete just got drafted into NFL in the 7th round of the 2022 NFL Draft by the Las Vegas Raiders. He attended Ohio State University and played his college football there. Munford was ranked 222nd nationwide as a recruit.

Thayer Munford, the Las Vegas Raiders offensive tackle, was born on 18 September 1999 in Cincinnati, Ohio, with a Virgo star sign. Talking about his age, his just 22 years old as of 2022. Munford put on no.77 on his uniform, and his roster status is active. He stands 6 ft 6 inches and weighs 146 kg.

Cincinnati-born footballer Munford seems to be a romantic and caring boyfriend to his girlfriend Ashley Hamrick, a professional nurse and counselor. The couple often posts their pictures on social media. However, their dating date is still under the radar.

The Offensive tackle Munford posted their beautiful photo on her birthday, writing," Happy birthday to the girl there for me 24/7. She played a huge part in my life, and I Love her heart emoji." 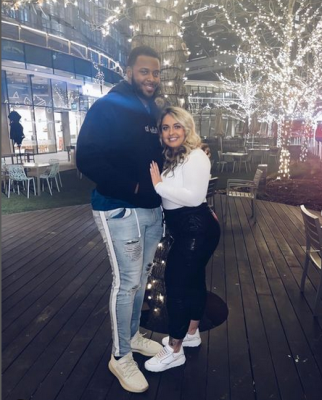 The love birds are very supportive of each other careers. Despite being from different professions, the duo has managed thier professional and personal life equivalent.

AFCA First-Team All  America 2021 player Munford spent his childhood in Cincinnati, Ohio. He attended Massillon, Washington High School, and later on, he was committed to Ohio State University for further studies, where he played his college football. As a freshman, the American international appeared as an offensive lineman for the team.

As a junior and senior player in college, he was named to All-Ten Big Conference. He entered the NFL 2021 Draft, but unfortunately, due to Covid-19, everything went the other way. During his college career, Munford even played as a left guard before the start of the season. Subsequently, he returned to the tackle position for the 2022 Rose Bowl. 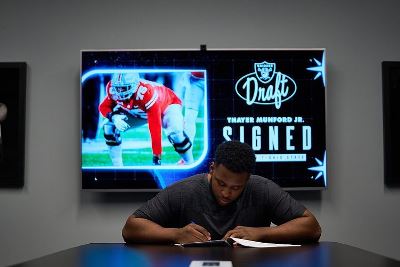 Already he was eligible and preparing for the NFL. So in 2022, the Las Vegas Raiders drafted the rising player Munford in the 7th round of the 2022 NFL Draft. The athlete is yet to make his debut for the Raiders.

Thayer Munford's annual earnings, salary and net worth in 2022

The 22-years old offensive tackle Munford just got drafted in the recent year, so he is in the early phase of his career. He signed a four-year contract with the Las vegas raiders.

At this young age, he is having a good taste of success. He netted a whopping salary of $7,29,265 per annum when he signed with the Raiders, and it will significantly increase in the future. Thus, as per the sources, his net worth is below $1 Million.

Apart from football, he also credits his bank balance from endorsement deals, sponsorship and commercial ads. 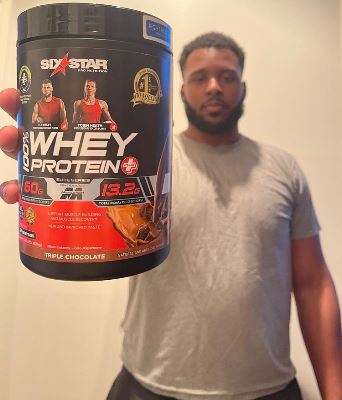 Six Stars Pronutrition, a vitamin and Supplement brand, is one of its sponsors that pays him a handsome amount of money to promote their brand. The actual financial numbers between the two parties are still not transparent.