Teun Koopmeiners is a Dutch professional football player who plays as a midfielder for Serie A club Atalanta and the Netherlands national team. Koopmeiners made four appearances for the Netherlands' national under-17 team, played in the 2017 UEFA European Under-19 Championship, and made his debut for the Senior national team on August 19, 2020.

Koopmeiners was born on February 28, 1998 in Castricum, Netherland. Atalanta's midfielder father, Remco Koopmeiners, raised him and his brother Peer Koopmeiners where; the two of them started playing football at a young age. Netherlands's midfielder stands 6ft tall and weighs over 77kg.

Netherlands's midfielder had a successful journey behind him looking at his career. As a young player, he has contributed a lot to Jong AZ winning several titles. As a professional, he started his career at a young age and was transferred to Atalanta for €14 million.

We expect he has collected some excellent fortune playing for the clubs and national team to date. As a player in Atalanta, Koopmeiners has an annual salary of £1,508,000, while his weekly wage is £29,000. Netherlands's midfielder lives a luxurious lifestyle and loves spending time with his family. Moreover, has approximately an estimated net worth of $1 million, and more is to come for him.

Who Is Teun Koopmeiners Dating?

Aside from his professional life, Atalanta's midfielder is in a romantic relationship with his long-time girlfriend, Rosa Schmidt. Koopmeiners is often seen hanging out with his girlfriend during the weekend.

The love birds are visiting new places, as seen from Atalanta's midfielder Instagram. Rosa has been his prime supporter for a long time, and she is often seen in Atalanta's Stadium and family meetings. 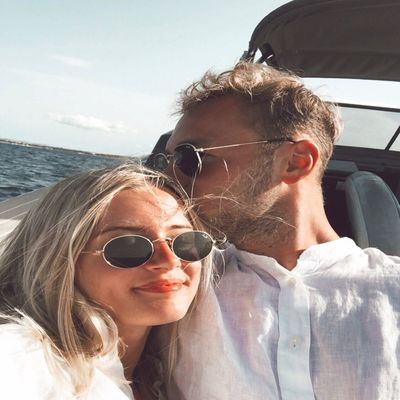 Koopmeiners is active on Instagram and posts about his professional life and private life. His Instagram goes by @teunkoopmeiners, followed by 62K followers.

Koopmeiners grew up in Castricum and was passionate about football from a young age. He started playing football at his local club Vitesse and joined the AZ youth academy at the under-12 level.

The Netherlands midfielder with his team became the champion of the Dutch third division in the 2016-17 season, where he was processing with his team to the subsequent division and made his professional debut on August 18, 2017. Koopmeiners progressed significantly during his years in Jong, AZ, where the team qualified for the Europa League and UEFA Champions League. He signed for Serie A club Atalanta for a fee of €14 million and made his debut on September 11. At the time of this post, Koopmeiners has already made over 40 game appearances for the team. Also, Koopmeiners plays in the FIFA World Cup 2022 as his squad is participating in the tournament.