Terrence Brooks is an American football safety who is currently signed to the New England Patriots of the National Football League (NFL). In the 2014 NFL Draft, he was picked by the Baltimore Ravens in the third round with 79th pick. Further, he has also played for the Philadelphia Eagles and New York Jets.

Earlier, he has played for several other teams. His salary details are:

Personal Life; Who is his Wife?

Terrence Brooks is maried to his spouse Caitie. Thought their marriage date is not available, the couple is proud parents of three children. They have a son named Carter, and twins Hayden Brooks and Kole Brooks who were born on 17th January 2019 to the family. 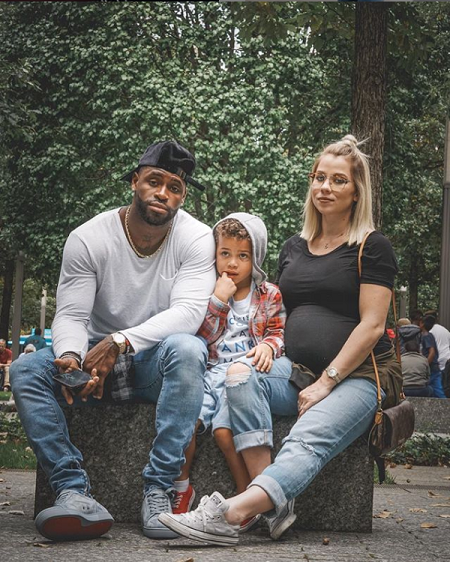 Terrence Brooks and his wife and children SOURCE: Instagram @_showtime29

Brooks was born to mother, DeTanya, who raised him and his brother, Keandre, as a single parent. His father was never in the picture, and he doesn’t remember his exact age when his mother left the state for a new job.

Later, Brooks and his brother moved in with their grandmother, Sarah Brooks, who worked for the Marion County School Board. Though the grandma didn’t have much, she worked hard to provide for her grandchildren.

Always excelled in sports, Brooks practiced baseball and football with his great grandfather, Samuel. Along with his grandma, he had strong support from his mom, who was there at times, as well as his aunt, JoAnne Jones, who’d take him to football games as a child.

In the 2014 NFL Draft, Brooks was drafted by the Baltimore Ravens.  On May 30, 2014, the team signed him to a four-year, $2.906 million contract. However, Baltimore Ravens placed Terrence Brooks on IR on December 16, 2014. Further, he was placed on the physically unable to perform list.

On September 4, 2016, Philadelphia Eagles acquired him off waivers from Baltimore. On September 3, 2016, Baltimore Ravens waived him. 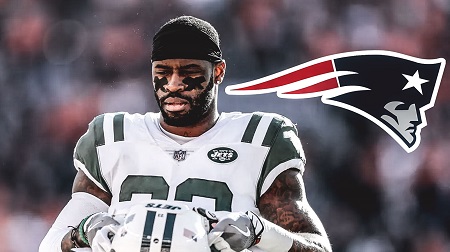 Brooks signed a two-year contract with the New England Patriots on March 14, 2019.