Taiwo Awoniyi is a Nigerian professional footballer who is signed to the  Bundesliga club Union Berlin as a forward. At the international level, he has played for Nigeria's U17, U18, and U19 national levels. Further, his style of play has been compared to Nigeria's all-time highest goalscorer, Rashidi Yekini.

Ilorin, Nigeria native, Taiwo Awoniyi was born on 12th August 1997, under the star sign. The twenty-four years old holds a Nigerian nationality and is of African ethnic background. He stands 1.83 m (6 ft 0 in) tall.

Taiwo Awoniyi is currently signed to the Union Berlin. Neither the club nor the footballer has revealed their financial terms.

Is Taiwo Awoniyi In A Relationship?

Taiwo Awoniyi is a married man. He tied the knot with Taiwo Jesudun tied the knot in an engagement and traditional wedding in Kabba on 15 June 2018, followed by a white wedding on 16 June in Ilorin. 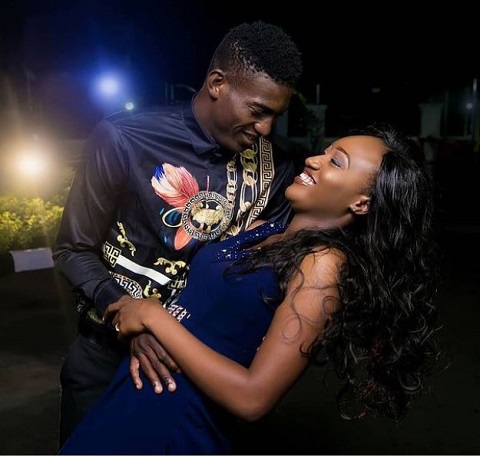 The couple shares a baby boy together.

Awoniyi often shares pictures of his adorable pictures on his IG.

At a Coca-cola football competition in London, he has voted the Most Valuable Player in 2010. His performance in the game by Seyi Olofinjana who invited him to join the Imperial Soccer Academy where he spent five years.

On 31st August 2015, Taiwo signed to English club Liverpool for a reported transfer fee of £400,000. He was immediately moved to  FSV Frankfurt on loan. On 19th February 2016, he made his debut playing 89 minutes against FC St. Pauli. After he suffered relegation and was not kept at the end of the season.

On 26 August 2016, Taiwo joined NEC on a season-long loan. He made his Eredivisie debut on 10th September in a 4-0 loss of his side  PSV Eindhoven, being replaced in the 72nd minute by Michael Heinloth. Again, he suffered his second consecutive relegation, being relegated from Eredivisie in 2017.

He then signed to Belgian club Royal Excel Mouscron on a season-long loan, making his debut on 12 August against  KSC Lokeren and scored within 23 minutes.

Soon, he was sealed a season-long loan to another Belgian club, KAA Gent. His loan to Gent was cut short, and Awoniyi was loaned to Mouscron again. On 6 August 2019, he joined Bundesliga side Mainz 05 on a season-long loan. In June 2020, he was hospitalized after sustaining a severe concussion during a 1–0 loss to FC Augsburg in the league.

During the 2013 FIFA U-17 World Cup, Taiwo Awoniyi scored four goals. Also, he represented Nigeria at the 2015 FIFA U-20 World Cup in New Zealand after winning the 2015 African U-20 Championship in Senegal. He was named for Nigeria's 35-man provisional team for the 2016 Summer Olympics.