Sydnee Michaels is an American professional golfer who competes on the LPGA Tour since 2012. She was a graduate of the 2011 LPGA Futures Tour. To date, she has bagged two professional wins.

Upland, California native, Sydnee Michaels was born on 15th June 1988, under the star sign Gemini. Youngest of eight children, she trained in figure skating as a child but when turned eight her father told her that she would grow too tall for the sport. Brother Greg played tennis for USC and enjoyed a brief professional career.

How Much Is Sydnee Michaels' Net Worth In 2021?

The income source of the golf player is heavily influenced by prize money. According to the most recent LPGA money list, the median income for all players is $141,428.

Besides, Sydnee Michaels has few sponsorship and endorsements. She is also the founder of luxury women's golf, tennis, and athletic wear clothing brand. As of 2021, her net worth is $1 million.

On 14th February 2015, she announced her engagement. She wrote, "Happy V Day! I'm happy to announce that I got engaged this week to the love of my life! proud to call Mr. Glenn Muncrief my fiance!!!!" Reportedly, the couple tied the in December that same year. 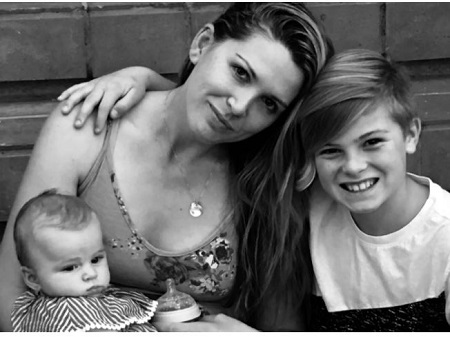 In November 2017, Sydnee had her first child, a baby girl. She is also mom to her 10-year-old stepson, Greyson. They are close, and he has been going on tour trips with her now and then since he was 7, but it will be different traveling with a baby. It will be a major production when mom and daughter are flying alone.

Sydnee Michaels finished her high school golf career at Linfield Christian High School and her collegiate career at the University of California, Los Angeles. Besides, she graduated with a bachelor's degree in History/ Sociology.

After her college, Michaels turned professional in 2010. On 18th January 2011, she joined the Futures. She won the last two events Price Chopper Tour Championship and the Vidalia Championship of that season. In 2011, she finished fourth on the Futures Tour official money list and was a full member of the 2012 LPGA Tour.

She summoned $56,232 on the LPGA Futures Tour in 2011 which allowed her to be the recipient of the Futures Tour Rookie of the Year award.