As a wide receiver, Steve Smith earned $3,000,000 as his annual salary from Baltimore Ravens in his final NFL days. Further, Steve Smith has an estimated net worth around $25 million.

Stevonne Latrall Smith Sr. was born on May 12, 1979, in Los Angeles, California to father Steven Smith and mother Florence Young. As per his nationality, he is American and belongs to African-American. Further, his star sign is Taurus.

Smith attended University High School in Los Angeles where he begins playing football for his high school team. Before the high school graduation, he set a handful of school records and was an All-Metro League selection as well as an All-California Interscholastic Federation selection.

Smith later enrolled to Santa Monica College where he played in the college team for two years also transferred to the University of Utah and continued rest of his college season.

Steve Smith was picked by Carolina Panthers with the 74th overall pick in the third round of 2001 NFL draft. During his rookie season, he majorly spent as a kick and punt returner leading all rookies in yet yardage with 1994 yards. However, the team finished winning by 1-15 on their opening season against Minnesota Vikings.

Smith earned a starting position as a wide receiver in the 2002 NFL season and continued as the team's kick returner and punt returner. During the 2004 NFL opening season against the Green Bay Packers, he suffered a severe break in his leg and missed his entire season.

In 2005 NFL season, Smith returned to the game after being recovered and almost managed to earn the 'Triple Crown' of receiving, leading the NFL with 1563 receiving yard, but tied with Larry Fitzgerald. On May 4, 2007, he signed an extension 6-year contract worth $45 million. Smith also signed a three-year extension worth $18 million on 2012 season. 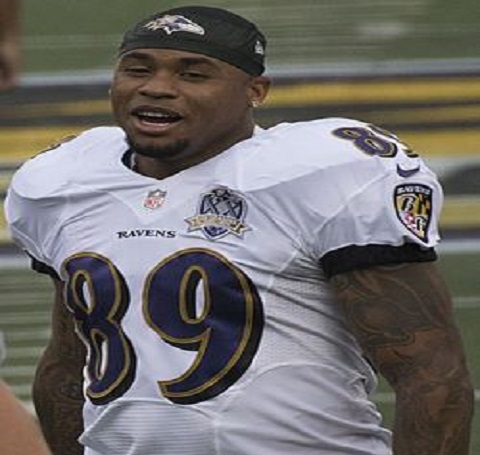 On March 14, 2014, Smith was traded to the Baltimore Ravens on a three-year contract worth $11.5 million with a $3.5 million bonus. Smith officially announced his retirement from NFL on January 2, 2017.

Steve Smith Salary and Net Worth

Kept side his financial earnings, his personal assets includes a mansion in Charlotte and a stylish car. Further, the NFL player has also earned a good amount of money from various sponsorships.

Steve Smith is married to his wife Angie Smith since 2000. Steve married Angie during their senior year at the University of Utah. 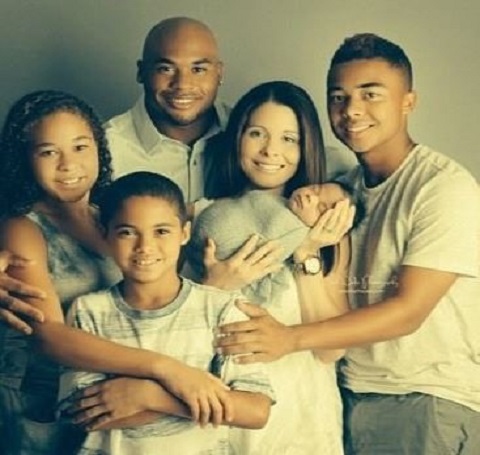 CAPTION: Steve Smith with his wife and children. SOURCE: http://fabwags.com/angie-smith-is-nfl-steve-smiths-wife/

The couple is also engaged in charity works has a foundation named Smith Family Foundation which helps the poor and needy people.

Other than being a famous NFL player, Steve Smith is active and pretty famous in social media.

Steve Smith is not only a world-class athlete but also a very attractive individual. The NFL star measures 5 feet 9 inch / 1.75 m in height and weighs around 88 kg / 195 lbs.