USA Softball Hall of Fame honoree, Stacey Nuveman is a famous athlete and current head coach of the team San Diego State. She is also a former softball player who played for the Team USA and UCLA Bruins.

Named as #4 Greatest College Softball Player who won 2 gold and one silver medal in the Olympics representing her Country USA, Stacey is also a 4-time First Team All-American and 3-time medal winning Olympian.

Stacey Nuveman Net worth in 2019

Stacey Nuveman has been in her softball career for over a long time so she is supposed to have collected a decent amount from her entire career. The exact figure of her net worth and salary is still not disclosed but Stacey's annually salary from her coaching career is estimated at around $40,000 and her net worth is above $1 million as of 2019. Furthermore, the softball players receive some extra money as a prize from their tournaments.

The average salary reported for the softball players in the NPF by the "The New York Times," in 2013 is around $20,000 per season which is for the U.S.-based female professional softball players. Moreover, the salary cap for the team is around $150,000.

Since Nuveman has won two gold medal and the prize money for the gold medalist in the Olympics is around $37,500 per medal. In addition to this, she also has some expensive personal assets but the exact information regarding it is still not disclosed.

Stacey Nuveman is a happily married woman and currently she is enjoying her life to the fullest. Nuveman got married to her boyfriend Mark Deniz in 2003 in a lavish wedding ceremony in front of family and friends. 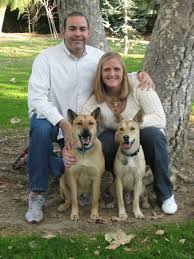 Stacey and her spouse Mark are blessed with two sons; their oldest son Chase was born in 2007 and the younger one is Dylan. 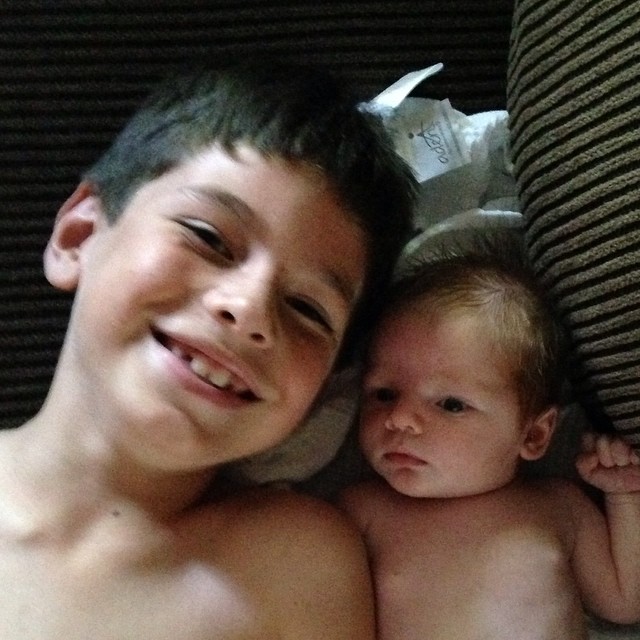 Despite having a busy schedule, she manages time for her family. She often says, "Being a Mom is the BEST thing that has ever happened to me". The couple also has two rescue dogs named Athens and Sydney.

Talking about her likes and dislikes, she loves reading and traveling to different places and has also mentioned that she prefers to visit mountains and beaches. Stacey's favorite shopping destination is Old Navy and her favorite song is ‘Billie Jean’. If you wish to explore more about her visit her personal website www.staceynuveman.com.

Stacey Nuveman is a famous former softball player and the current head coach who has a height of 5 feet 9 inches(1.82 meters) but the further details about her body measurements are still missing.

Read more: Steve Yzerman and his wife Lisa Brennan Married since Three Decades ago; How is their Married Life?

Stacey Nuveman-Deniz was born on April 26, 1978, in Los Angeles, California, US. She holds an American nationality and belongs to the white ethnic group. The facts regarding her parents and siblings are still under review.

She completed her high school from St. Lucy's Priory High School and later on she attended the UCLA for her graduation in sociology and public policy which she completed in 2002. After that, she completed her Master's degree from Texas Women's University in kinesiology in 2012.

Stacey Nuveman is a famous former softball player who has achieved several titles and honors and is currently serving as the head coach of the San Diego State team.

She received the  "Newcomer of The Year" award in 1997 when she started her career with the UCLA Bruins. Stacey played for the UCLA team for over many seasons until 2002.

Besides her college and club career, she also played for the United States representing the Team USA in several international tournaments. She made her debut in Summer Games 2002 held in Sydney. Moreover, she also participated in the  2004 Summer Olympics in Athens. 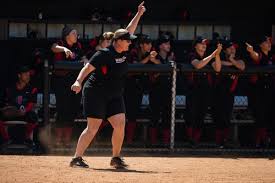 In addition to this, she is also the two times gold medalist in Olympics and was also awarded the USA Softball Hall of Fame. Currently, she is serving as the head coach of the San Diego State team.

Further biographies on softball players are found at Playerswiki.com