For the last few days, the Cheating Scandal of FC Barcelona star Gerard Pique has been swirling all over the internet. After twelve years of their open relationship, Gerard Pique and Shakira announced their separation in a joint statement.

Pique and Shakira released an official statement yesterday informing the fans about their separation from each other, “We regret to confirm that we are separating. For the well-being of our children, who are our utmost priority, we ask that you respect their privacy. "Thank you for your understanding."

Who was the woman Gerard Pique was Cheating With?

The news has been making headlines worldwide. Two famous Spanish journalists, Lorena Vazquez and Laura Fa, who work for the El Periodico, have affirmed that Pique met with a young blonde girl aged 20, a student and an event hostess in Barcelona. Many reports claim them to have been seen with his woman several times. 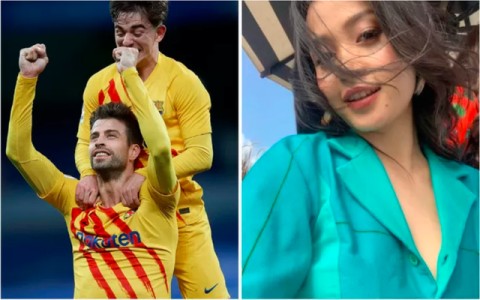 Gerard Pique and his rumored girlfriend SOURCE: All football

Another rumor of Pique cheating with his teammate, Gavi's mother, was false. The journalist never mentioned any source of information. Some sources claim to have started living separately for months as Shakira took the children to Ibiza for a family holiday in May, but Pique didn't join them.

Gerard and Shakira met each other at the 2010 World Cup. They fell in love during their first meeting. The duo kept their love life out of the reach of the media personnel but shortly after the world cup, and they opened up about their relationship status.

Who Will the Children Stay With?

Pique and Shakira share two sons and have lived together for years on the outskirts of Barcelona. They welcomed their first child, Milan, in 2012, shortly after their relationship and their second child, Sasha, in 2015. None of them have shared about their children's custody. It seems like, Both of their children will remain with their mother, Shakira. 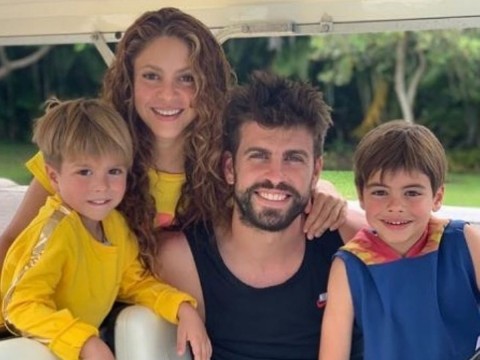 Shakira and Pique with their children SOURCE: Getty Images

They have had some issues and have formally announced their separation in a joint statement. The love birds never got married and did not need to divorce each other. Shakira stood next to Pique in every up and down in the last twelve years. She must be heartbroken to share the news of her separation.

After the possible break-up, it appears as if Shakira wants to move to another country, which she will do, but with her children.

More about Gerard's new girlfriend will be shared in the upcoming posts. Hence goes with Shakira.