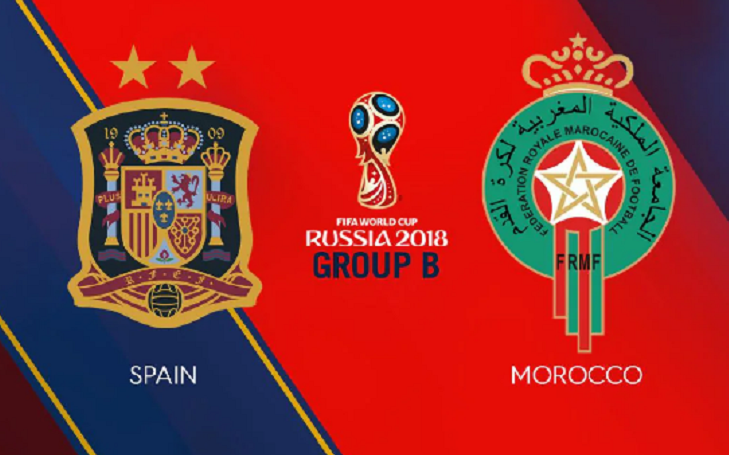 We have seen big footballing nations return home sad, this world cup we missed countries like Italy, Netherlands, South Africa, Paraguay and many other, not because they were bad or something, but they were unable to net one against their opponent.

Football is an interesting game, you don't need a hell lot of goal to determine the winner one shot from any corner can turn you victorious. So, here is a situation: Portugal losses to Iran and Morocco wins against Spain. The teams who are now leading the Group B chart will have new group winners Iran and Morocco.

Can Spain get a win against Morocco to go ahead as a group winner? If so, then what odds favorMorocco, who are going to play from both the sides, what are the betting odds, and what are the possible result of this match? Let's know it in detail.

The match kicks off at 7.00pm ET in Kaliningrad Stadium on June 25 (Today). Channels like BBC1 and BBC5 will cover it in The UK whereas TeleCinco Espana will cover for Spanish viewers.  BBC-iPlayer and apple store do have a few apps that offer the football lovers all the games on the go.

Morocco will have to walk extra miles to get a win in this game. As we expect Andrés Iniesta, Diego Costa and David Silva will reportedly be benched, hence if Morocco wants to win, they should do it in the first 45 minutes netting more than one goal but Spain has a long list of replacements against Morocco even if these players are benched.  Morroco's winning odds in today's match is around 10:1 and drawing odds remain at 4:1.

These two Medeterian line separated countries have no recent football history but Spain and Morocco have met each other at 1962 World Cup qualifiers where Spain was able to stop Morocco with 1-0 away and 3-2 home wins.

Playerswiki really wishes that Morocco does well in this game but we believe that Spain will sweep away an easy win against, Morocco with a 2-0 victory over Morocco.