Song Min-kyu is a very famous football player from South Korea who currently plays for Jeonbuk Hyundai Motors. The club is a professional football club based in North Jeolla Province, South Korea. The leading footballer wears jersey number 21 for his club.

Song is worldwide known for his amazing football skills and he has the professionalism in the left region. Further, Min Kyu is positioned as a left winger on the team. Likewise, his current market value is €1.30 million; however, the highest market value of the player was €1.50 million as per the 2021 Jun 22 updates.

As per the fan's concern, we have gathered as many details as possible about Min Kyu's football career. The talented player started his early football career in 2015 when he played for his high school team. After playing for about three years, Song began his senior career in 2018 by playing for the South Korean professional football club, Pohang Steelers.

Furthermore, representing the football team, he played several matches in K1 Division. Similalry, on 2021, he joined the Jeonbuk Hyundai Motors football team, and as per the reports, his contract will expire on Dec 31, 2025. The right-footed footballer made his debut for the South Korea national football team on Jun 9, 2021, against Sri Lanka in a World Cup qualifier. 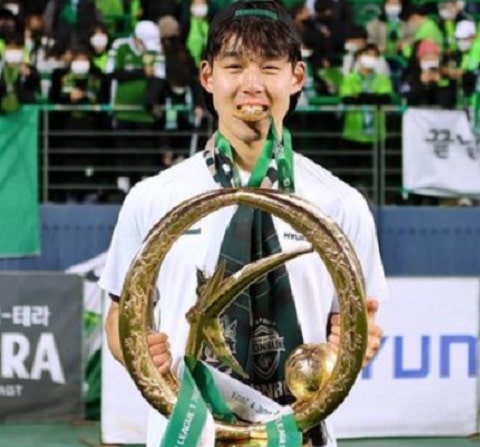 Additionally, he has also won the awards like R League top assist provider: 2018 and K League Young Player of the Year: 2020. For your concern, he began his senior career on 2020 by representing his home country in Under 23 matches. Moreover, Song has played for more than five clubs, and we are sure he will play for many reputed clubs in the upcoming days.

Song Net Worth And Market Value

The fan's favorite, Song Min-Kyu, is no doubt among the successful South Korean football players. Furthermore, his net worth is estimated to be more than a million, but the exact facts of Song's earnings remain unclear. More to this, the forwarder, Min Kyu, has been engaged in the vocation since a young age, so he has surely gathered much fame and money from his profession.

Apart from that, the major source of his income is his profession as a football player. However, Song must earn from other sources, including campaigns and endorsements. As Min-Kyu has never talked about his earnings and starts, we can't be sure about it. 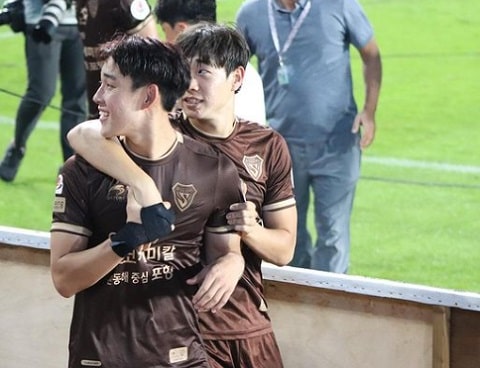 Song Min-kyu after a match with his teammate SOURCE: Instagram @song.__.v.com

Similalry, he seems to be living a normal life despite he is a renowned player. While exploring his social media life, the sportsman hasn't flaunted his lifestyle on web sources, which made us more challenging to talk about his luxurious lifestyle, including the collection of his cars and house.

His Age And Birth Facts Revealed

Born in 1999, Song Min-kyu cut his birthday cake on Sept 12. Further, he is a citizen of South Korea. However, the exact details of his birthplace remain a mysterious topic. Considering his birth facts, Min Kyu's star sign is Virgo. Similalry, he attended Chungju Commercial High School, where he debuted his early career by playing for his high school team.

Besides, he hasn't told us anything about his childhood details. Likewise, Song is in his early 20s and is more concerned about his professional career than a person. Because of his dedication and passion for his dream career, we have no clue about his past career as he has never exposed them publicly.

Read more about Na Sang-ho and his club career.

Born Song Min-kyu, he was born and raised by his lovely parents, whose names are yet to be revealed. So on, his parents have not generally made the media presence and announced their names and identity publicly as they support him behind the camera focus, so we must respect their privacy concerns.

Likewise, Song has never dragged them into the limelight respecting their decision. So, none of the verified sites have talked about Min Kyu's parents, including their name and profession. Additionally, he is very quiet regarding his parents and family life. That's the reason we have no clue if Song is the only child or if he also has any siblings. The young and talented footballer has made their family proud of his victory and fame. 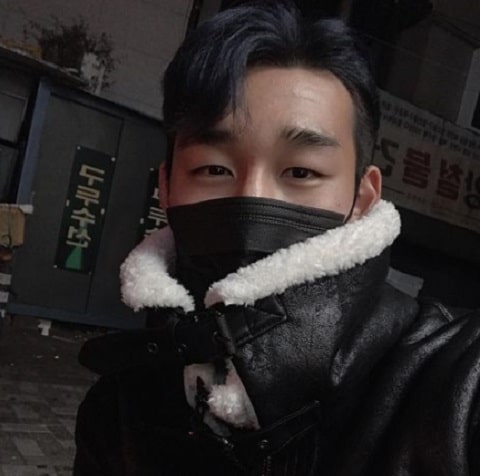 However, we will try our best to fulfill the missing sessions as soon as possible and the information is out.

After being worldwide famous, fans are always curious to explore their favorite footballer's personal life, including relationships. And Song's relationship has been one of the most asked about topics. For the information, he is possibly single and focusing on his football career rather than a lovelife.

As we already mentioned, he is just in his early twenties, so Sang must be taking some more time to fall for someone and create his own family. Theretofore, his dating life needs some more time to come into the public limelight. Similalry, there is no further news if he has ever dated someone or been in a relationship with someone special.

In addition, Song's social media wall only contains his football-related content as he has never shared any picture of his partner.

The Jeonbuk Hyundai Motors jersey number 21, Song, actively uses Instagram, where we can follow him under the username @song.__.v. Likewise, he is followed by more than 18k people on the platform and has shared over 50 posts as of this writing. 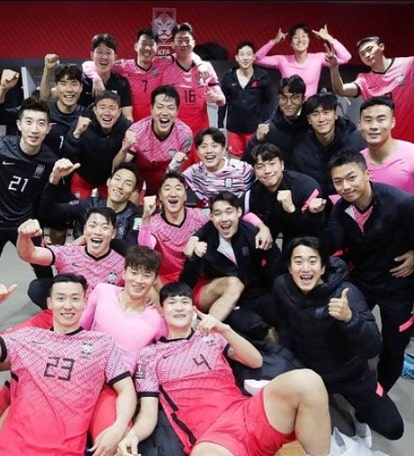 Further, Song often shares pictures and stories on his Instagram handle, and he often communicates with his fan online. Similalry, Min-Kyu loves to share images with his friends and teammates, so we can mostly see his photos with clubmates.

For more interesting facts about your favorite athletes, stay tuned to PlayersWiki.