Bashundhara King's midfielder, Rana, is of Bangladeshi descent, born on 27 March 1995 in Arambagh, Dhaka, Bangladesh. Rana stands tall at 5 feet 8 inches and weighs over 74 kg. As of 2022, the Bangladesh soccer star is 27 years old and wears jersey number 11 for the national team and 17 for the Bashundhara Kings.

Twenty-seven-year-old Bangladeshi midfielder seems to be a happily married person with his beautiful wife, Syed Tamila Sirajeee, an MBA student. The duo came to know through football only. On 7 March 2015, when Tamila came to watch the 2015 Bangabandhu Gold cup, she saw him and immediately fell for him. Sohel and Syed on their wedding day SOURCE: Facebook

Later reached out to Sohel via Facebook. After chatting for some time, the couple started dating. Before marriage, they dated for six long years. They celebrate their geat wedding in Dhaka where all the top footballers and Bangladeshi celebrities are also in attendance. They often post their pictures together on social media. They are living healthy and cheerful martial life at the moment.

How much is Sohel Rana's net worth in 2022? Contract and salary

According to our reports, Bangladesh international Rana has an estimated net worth of $500k to $1 Million. His primary source of income is from playing for a top Bangladeshi club. However, However, Rana's exact salary is not flashed out, but the minimum wage The Bangladesh Premier league footballer gets is $945.27 per week and $49,154.04 a year. 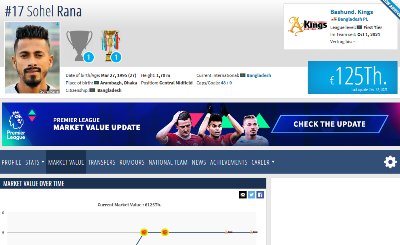 According to Transfermarkt, the King's star player Rana's current market value is €125k. He joined Kings on Oct 1, 2021, and his expiration contract with the is still not revealed.

Arambadh-born midfielder Sohel Rana played his youth career for Victoria Sc. He made his top division debut with Dhaka Mohammedan back in 2011. The Bangladesh international played for three straight years for the club. In 2013, he was signed by Sheikh Jamal for a two-year deal.

Likewise, he moved to Sheikh Russel KC in the 2015-16 season. He was doing well and was even a vital player for the club. All credit goes to his dedication and utter discipline towards football; the Abahani Limited Dhaka coach caught an eye on him and was interested in signing him.  Finally, it happened in 2017. He agreed and signed with the club at the end of 2012. As an Abahani midfielder, he appeared in 59 games, adding two goals. Finally, after expiring his contract, he decided to join Bashundhara Kings at the beginning of the 2021-22 season. To date, he has just played a single match.

Despite being a footballer, Sohel Rana has also participated in various social works. He has been involved in multiple charities and food donation campaigns during the covid time in his country. 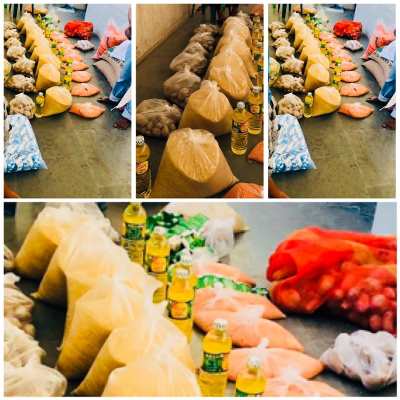 Along with his friend, they donated essential foods item to the people of his home town Dhaka. The 27-years Kings'smidfielder Rana has been loved and praised by everyone for his good deeds.