French footballer Sofiane Boufal plays as a winger or attacking midfielder for Ligue 1 club Angers. Despite being born in France, Boufal plays for the national football team of Morocco. Wearing jersey number 7, Boufal has been playing for the Angers since 2020.

Furthermore, Boufal is one of the most prominent players on his team who has helped them to win some titles by giving his best performances. In August 2021, he received the title of Angers Player of the Month.

Sofiane Boufal's Salary and Net Worth

Boufal is making a fair sum from his current team. Salary Sport reports his salary to be $24,000 in a week and $1,248,000 in a year. Furthermore, Boufal has been professionally playing since 2012 and has preserved a considerable fortune. 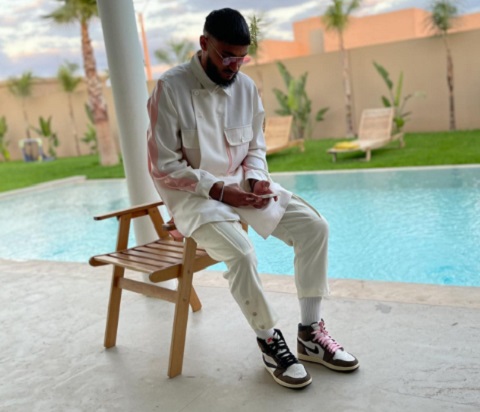 When he had a deal with Southampton in the past, Boufal received a massive fee of €18.70 million. More to this, his current market value is €8 million. His highest market value was €15 million on October 24, 2016. Being a part of multiple clubs, Boufal has taken home considerable cash.

So, we can say that Boufal may have an impressive net worth of around $5 million. Boufal lives a lavish life, and we can explore his life by following him on Instagram as @sofianeboufal_19.

Well, Boufal is currently single and is not engaged in a romantic affair. There have been no records of the footballer having a girlfriend or a wife at the time of this post. Till now, Boufal has not made a single post about his love life on Instagram, which makes it clear that he is also a private person like Youssef En-Nesyri.

Being busy with his professional life, Boufal may be focusing on his football career too. However, the professional footballer may give some updates on his love matter in the future. To get updates, we can follow him on Instagram.

Boufal's football career started with the Angers youth team, with whom he played from 2010 to 2012. His debut for the club came when he was just 18 years old. His senior career was with Angers B, and he made 29 appearances for the team scoring five goals in total. On October 5, 2020, he returned to his first club, Angers, on a free transfer. Besides, he is a national player who now plays for the Moroccan team playing in the Qatar World Cup 2022. His debut for the team came on March 26, 2016, in a game against Cape Verde at the African Cup of Nations qualification.

Sofiane Boufal was born on September 17, 1993, in Paris, France, to his parents. Furthermore, Boufal holds French nationality and belongs of Moroccan descent. So, it is clear that his parents are from Morocco.

It is reported that Boufal also has a twin sister named Aicha. They also have another sibling, but the name remains under review.