Shikabala is an Egypt-born professional football player, who plays for Saudi Arabia club Al-Raed FC on from loan Zamalek and Egypt national football team as a predominant right-winger.

Born in Aswan, Egypt on 5 March 1986, Shikabala was raised in his hometown alongside his family and friends. His birth name is Mahmoud Abdel Razek Hassan Fadlallah. Shikabala holds Egyptian nationality and belongs to mixed ethnicity.

When he was ten years old, Shikabala joined an Egyptian sports club Zamalek SC and made his first appearance in early 2000, scoring a winning goal for this club at the age of 16.

Shikabala Net worth and Salary

Currently, he plays for plays for Zamalek SC club in the Egypt Premier League from which he also collects a big chunk of money. As per the report of January 1, 2018, Shikabala market value is estimated around £653k.

Shikabala started playing football at age of 10 for Zamalek SC club representing this club in a cup match, where he scored his first winning goal at age of 16. Later played for PAOK FC club around one successive season.

After playing one season for this club, he returned back to Zamalek for the 2006–07 season and scored his second goal for this club which helped them to win the match by 1–0. He was unable to play for 2008–09 season due to a ban by FIFA for his illegal transfer to Zamalek. 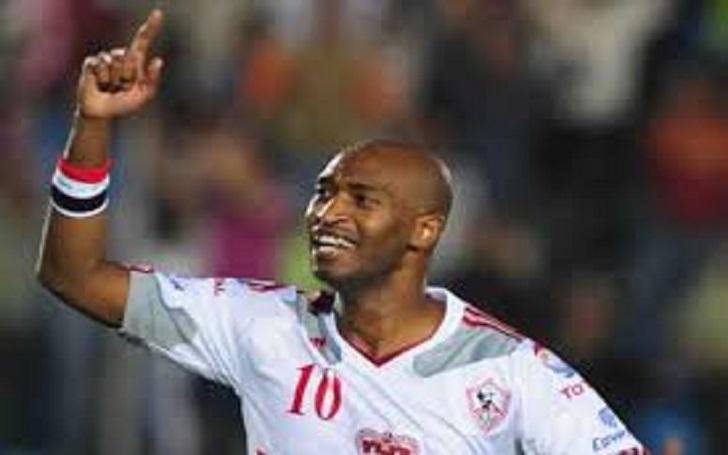 He continued playing from 2010–11 season alongside Hassan and led Zamalek SC to the top of the table for the first time in years. On 27 June 2012, he was loaned to a professional Italian club Napoli for 1.8 million Euros for one year. Likewise, he was also loaned to Al Wasl for one year at a fee of $1.25 million US. In his debut match for this club, he scored one goal against Al-Wahda and helped to win the game with 4-1.

On 27 August 2015, he extended his contract with Zamalek for five-season, which was approved by Zamalek chairman Mortada Mansour.

Till now, Shikabala has not played a major league for Egypt national team. Once, he was a squad in Egypt national team in the 2010 African Cup of Nations but he played in one match as Egypt ended up as winners for the seventh time and third in a row.

Standing six feet in height, Shikabala weighs around 73 kg. The Egypt born-football player has maintained a low profile regarding his relationship and personal issues.

It seems Shikabala is focused on his career rather than being indulging in love relationship and datings. Reportedly,  Shikabala has not got married yet. No doubt most of the time, he surrounded by his lady fans but he has not found dating any girlfriend yet.