Shanice Janice van de Sanden is a Dutch professional footballer who is signed to the Bundesliga side VFL Wolfsburg and the Netherland national football team. Earlier, he played for Olympique Lyonnais, Liverpool, Twente, Heerenveen, and Utrecht.

A native of Utrecht, Netherlands, Shanice van de Sanden was born on 2nd October 1992, under the star sign Libra. The twenty-eight years old is a Dutch nationality. Regarding her physique, she stands 1.68 m (5 ft 6 in) and weighs 65 kg.

How Much Is Shanice van de Sanden Net Worth & Salary In 2020?

Currently signed to the Vfl Wolfsburg, Shanice van de Sanden reportedly makes $100,000 per annum as her salary from the club. Also, she made a decent sum of money through her international career, i.e, playing for the Netherland national football team.

A Nike athlete, her endorsement deal must be lucrative. As of 2020, her net worth is around $0.7 million. 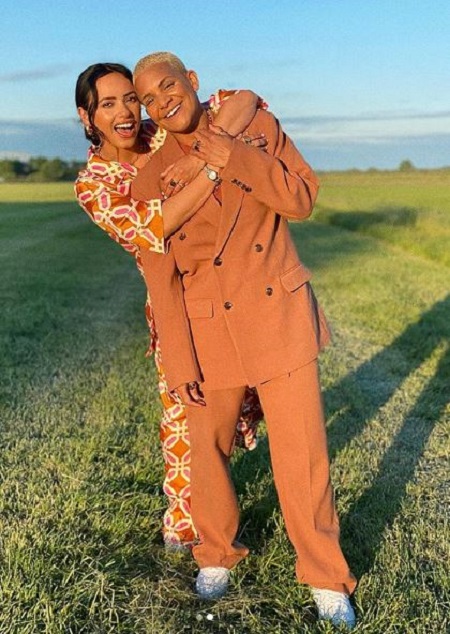 Though the footballer is open about her relationship, on the contrary, her girlfriend has set her IG account private.

About Her Short Hair

While playing for FC Twente, Shanice also started as a hairdresser and that's when she started painting her head. Due to the harsh color, her hair started breaking that's why she has short hair. Later, she started dying her hair different colors and later started cutting hair.

Shanice van de Sanden is the daughter of Jolanda Van de. She grew up alongside her five siblings: three brothers: Deswin, Marvin, Jermaine, and two sisters: Mariah, Gaelle. When she played at FC Twente, she went to school but there is not much information regarding her academic background.

In 2006, Shanice started her youth career with VVIJ in Ijsselstein and then moved to SV Saestum in 2008. That same year, she made her professional career debut playing for Utrecht. For the team, she overall appeared in 30 games and scored 5 goals till 2010.

In May 2010, she joined SC Heerenveen. There Shanice played only for a season and joined FC Twente in May 2011. Following four and a half seasons with FC Twente, she moved to the Liverpool of the English WSL1 on 4 February 2016. At Liverpool, she played a total of 28 matches.

At the international level, she is representing the Netherland national team since 2008. Most notably, she was selected in the final squad for the 2019 FIFA Women's World Cup in France.