You read that right; Sadio Mae is set to miss the upcoming World Cup. As per the reports published by Lequipe, The Senegal star picked up an injury in Bayern's clash with Werder. Although Munich won the game 6-1, Mane was subbed out in the 20th minute after suffering an injury. Sadio is added to the list of star players set to miss the World Cup, along with Kante, Pogba, and Kroos. 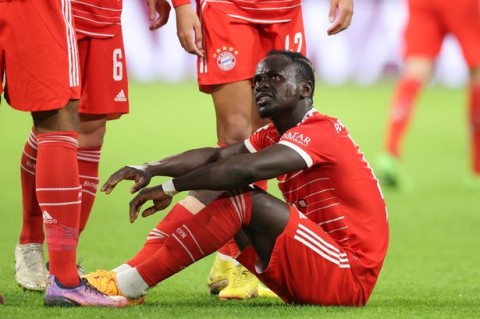 Mane suffers an injury in a game against Werder  SOURCE: Getty Images

Senegal forward appeared to be involved in a relatively innocuous collision with Werder defender Amos Pieper during the first half. According to the X-Ray report, Sadio hurt his tibia and will miss the World Cup.

Mane led the team to the Africa Cup of Nations and scored the decisive penalty as his country beat Egypt. He is the record scorer with 34 goals for the team. Sadio was included in the 26-Man Squad released by Aliou Cisse, Head Coach of the Senegalese National Team.