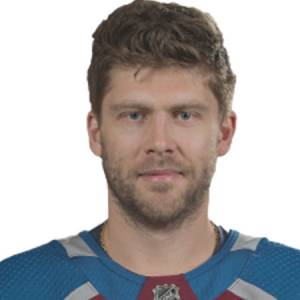 There are no rumors and news disclosed on the media and news portals claiming that Varlamov is married so it cannot be confirmed about his marital status. He hasn't shared his probable girlfriend/spouse/wife on the media.

The 31 years old player is quite famous in the sports field and there is no chance that he hasn't got a girlfriend since it is unbelievable but no hints are suggested on his official social accounts relating his love affair.

Other than being a famous NHL Goaltender, Semyon Aleksandrovich Varlamov is pretty famous in social media. He has an instagram holding @varlamov.official) with 68 k followers.

The Famous NHL star is 6 feet 2 inch in height and weighs around 95 kilograms. Semyon Aleksandrovich Varlamov is not only a world-class athlete but also has a very attractive individual.

Semyon Varlamov's Net Worth and Salary

As of 2019, Semyon Aleksandrovich Varlamov has an estimated net worth of over $30 million and might take a lot of time to reach the level of Patrick Marleau. He reportedly signed a five- year contract worth $29.5 million with Colorado Avalanche on January 30, 2014.

Further, the NHL player has an average salary of $5,900,000 annually and Varlamov so far has made earnings of $40 million from his entire NHL career.

How is Semyon Varlamov's Lifestyle?

Blessed with huge net worth, Varlamov is living a very comfortable lifestyle. He often spends his leisure time vacationing and exploring new places. He can also be seen partying with friends quite often on his Instagram posts.

Semyon Aleksandrovich Varlamov was born on 27 April 1988, in Kuybyshev, Russian SFSR, the Soviet Union but the details about his parents aren't yet available on the media.

As per his nationality, he is Russian and belongs to the White ethnic group and his star sign is Taurus. After completing high school, Semyon Aleksandrovich Varlamov enrolled at Yaroslavl College and played for them

Semyon was drafted in the 2006 NHL Entry Draft by the Washington Capitals in the 23rd overall pick and since then he started playing professional ice hockey. In the beginning, he played for the Capitals affiliate in the American Hockey League with Hershey Bears.

During his 2009 season, he made a save against Sidney Crosby which is later called as  "the save of the playoffs." As Semyon is also in the position of starter, his position was given to the Michal Neuvirth succeding Jose Theodore.

After playing several seasons for the Capitals, he was then traded to the Colorado Avalanche on 1 July 2011, where he signed his first three-year contract with the Avalanche team. During his 2012 season, he made his career hight starts against Jackets in a 5-2 loss. 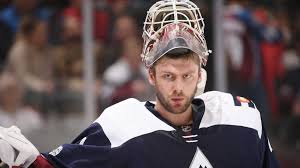 Among those two of the goals were scored by Rick Nash whereas the other two were by Cam Atkinson. Currently, he is playing for the Colorado Avalanche team.