Selim Amallah is a professional associational soccer player from Morrocco who plays midfielder for the Belgian First Division A club Standard Liege. Despite being born in Belgium. Selim plays for his ancestry nation Morocco in international competitions. The Liege jersey number 19 Selim made his international debut on November 15, 2019, in a match against Mauritania in the African cup of nations.

Selim has registered four goals in 40 international appearances for Morocco national team. Moreover, he also has been associated with several clubs, such as Mouscron, Tubize, and Standard Liege. The Moroccan-Belgian nationality has the prestigious rewards of the 2019 Mouscron Player of the Year and the 2020 Belgian Lion Award in his history book.

Know About Selim Amallah's Net Worth And Annual Salary

Selim Amallah is a well-established Morrocan footballer with good taste in his soccer career. Whatever money he makes is mostly from his footballing career. To date, he has appeared in numerous national team and club matches, crediting bonuses and banknotes into his bank balance. When he agreed on a deal with Standard Liege, it reportedly netted him a whopping annual wage of £3,34,200, making him one of the top 12 highly-paid players on the team. Notbaly, in a week he receives £6,600. Exploring his net worth on the webpage is considered $1 Million. What is more, his endorsement deals with Nike also profit him handsomely. 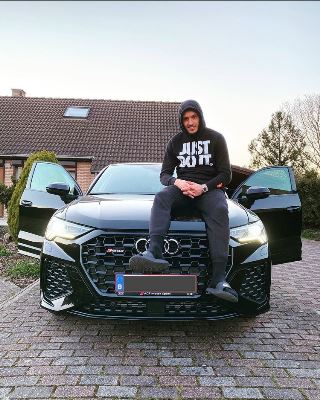 Moreover, he is priced at €5 million in the transfer market. His career-best valuation was €7 Million, registered on June 7, 2021. And all his soccer activities are handled by the agent ICM Stellar Sports.

Does He Have Any Girlfriend?

Insight On His height And Weight

The midfielder for Standard Liege has a strong-shredded body structure measuring his height at 6 ft 1 inch. Eyeing his Instagram shots, he often hits the gym to maintain his physique. Thus, he weighs around 75 kg. Further description, the player has short black hair with a beard on his face.

Ex-Mouscron player Selim Amallah was born under the star to sign Scorpio on November 15, 1996, in Hautrag, Belgium. His parents moved to Belgium seeking better opportunities; however, the time they migrated was unfamiliar. The 25-year-old player's ancestry hailed from Morocco. However, due to his birth in Belgium, he also holds both nations' citizenship cards. 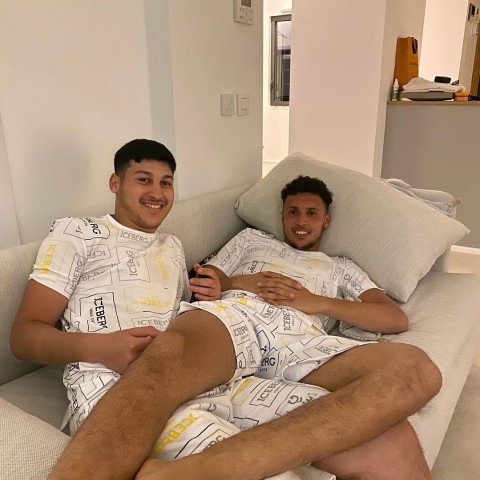 Selim shares a photo with his brother  SOURCE: [email protected]_amallah

Talking about his family details, it remains suspenseful as he has never flashed about it anywhere. Besides this, there is nothing much on his matter. In addition, he also loves traveling to new locations.

Will Selim Amallah Play in the 2022 FIFA World Cup?

Morocco is yet to publish its 26-member list for the upcoming 2022 FIFA World Cup. Selim has been a regular player for the team for the last two years and hopes to see the player in the coming days.