Sebastian Szymanski is a Polish football player who plays as a midfielder for Eredivisie club Feyenoord. He came to the team on loan from Dynamo Moscow. On July 22, 2022, Szymanski joined the Dutch club Feyenoord on a one-year loan.

Besides, Szymanski is not only a club player but also a prominent national footballer. He also represented the national football team of Poland in a Euro 2020 qualifier against Austria. Also, Szymanski was listed in Poland's preliminary 35-man squad for the 2018 World Cup in Russia.

Szymanski makes a good amount of money from his profession as a football player. Currently, he is on loan, and when he came from Dynamo Moscow to Feyenoord, Szymanski received a fee worth €2.00m. When Szymanski signed a deal with Dinamo Moscow in 2019, he received a massive deal of €5.50m. 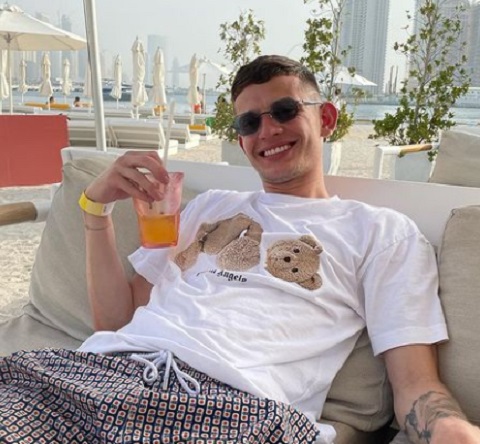 Sebastian Szymanski enjoying one of his holidays
SOURCE: Instagram @szymanski__11

Meanwhile, his current market value is €14.00m. From this, it becomes clear that Szymanski is doing great in his career, and with the rise in his playing skills, his earnings are also growing daily. Being a football player, Szymanski has surely worked with some sports brands that may increase his profit.

In conclusion, Szymanski is making a good profit, and with his impressive net worth, he surely lives a quality lifestyle.

Everything on His Club & International Career

Beginning his career in 2005 after joining TOP 54 Biala Podlaska, he has been playing football since then. Within these years, Szymanski has gained broad experience after playing with multiple teams. From 2013 to 2015, Szymanski played for the youth team of Legia Warsaw, while his senior career started with Legia Warsaw II, with whom he appeared in 23 games and scored five goals.

Likewise, Szymanski played in 65 games and scored seven goals while playing for Legia Warsaw from 2016 to 2019. On May 31, 2019, Szymanski signed a five-year deal with the Russian Premier League club Dynamo Moscow. Meanwhile, he was loaned to Dutch club Feyenoord on July 22, 2022. 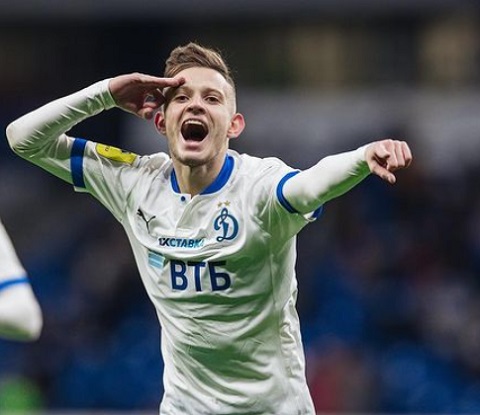 Talking about his career on the national football team, he has represented U16, U17, U18, U19, and U21 teams in many games. And finally, on September 9, 2019, Szymanski made his debut for the senior team while playing against Austria in Euro 2020 qualifier.

Is Sebastian Szymanski Dating or Single?

The young footballer, Sebastian Szymanski, is single, and there is no record of him having a girlfriend or a partner. Till now, Szymanski has not made a single post about his love life on social media, making it more challenging to know about his girlfriend.

Like many other footballers, Szymanski also prefers to stay lowkey and keep his personal matters away from the limelight. Due to this, none of the media outlets are able to collect info about his partner. However, Szymanski may give some updates about it in the future. 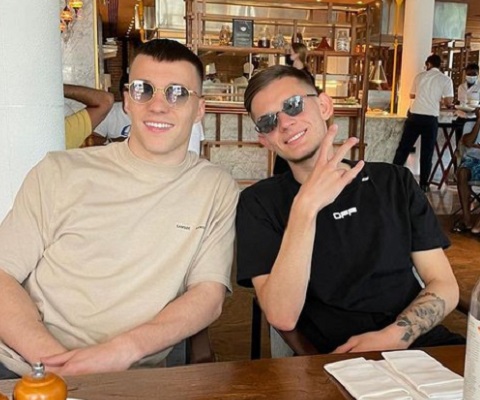 Sebastian Szymanski was born to his Polish parents on May 10, 1999. Szymanski is a native of Biala Podlaska, Poland. So, Szymanski spent most of his early days there.

Furthermore, the footballer holds Polish nationally and peaks at an average height of 5 feet 9 inches (1.74 m).