Carlos Sebastian Sosa Silva, famous as Sebastian Sosa, is an Uruguayan professional footballer who plays for the Argentine Primera División club Independiente and the Uruguay national team. Further, he is among the famous goalkeeper who previously played for the club Mazatlan.

Besides, Sosa is an Independiente player who wears jersey number 1 for his club; having played for more than one decade, he has gathered good experience and is one of the highest-paid footballers on his squad with a market value of €1.20 million.

His Net Worth As A Professional Footballer

Uruguayan footballer Sebastian Sosa has a long career history in the football vocation, so he is considered to be one of the highly paid players in his squad. For your concern, he has a net worth estimated to be $1.5 Million; unfortunately, the exact information about his earnings yet remains a mysterious topic for us. Additionally, Sosa has a market value of €1.20 million, and as per the October 20, 2021 update, his market valuation was €2.50 million, which is also the highest market value of the player. Similalry, he might be adding more sum of money from other sources, including endorsements and partnerships. However, Sosa has not talked about his earnings openly on the web sources.

Is Sebastian Dating Or Married?

The professional footballer, Sosa, is a married man, and he lives happily with his wife, Stephen Correa. It seems like Sosa walked down the wedding aisle with his wife in 2020 as he shared some photos of his wedding in February 2020.

His wife, Correa, is also an independent lady who is the founder of VittabySteph. She is an active Instagram user who uses IG as @stephi_correa. Apart from that, Sosa and his wife have already started their own family. 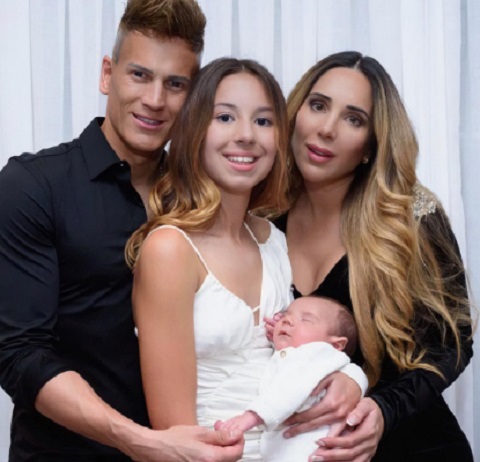 The loving couple is blessed with two kids, a daughter named Milagros Sosa and a newly born son named Bastian. So, the family of four lives happily, and we can see their photos on social media.

Take a Look At His Career at Club & National Team

For the 2011-12 season, Sosa went to play for Boca Juniors and appeared in three games. From 2012 to 2015, Sosa played in 86 games while representing Velez Sarsfield. He was also a part of the Pachuca team.

Later, he was loaned to different teams like Zacatecas, Rosario Central, and Morelia. After that, Sosa moved to Mazatlan and was also loaned to Independiente. Since January 18, 2022, he has been playing professionally for Independiente. 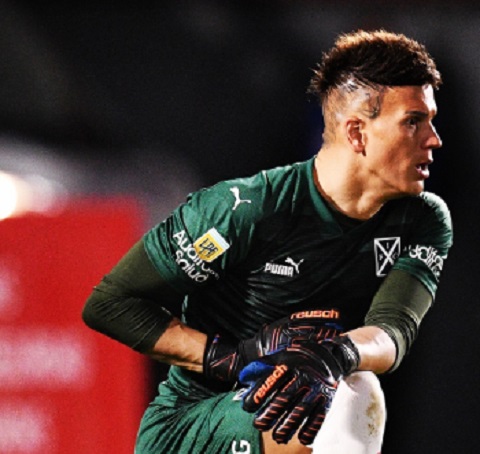 Besides, Sosa is also a national footballer who played for U17 and U20 teams. On June 11, 2022, Sosa made his debut for the senior team, and during that time, he was 35 years old.

More On His Parents & Height

Carlos Sebastian Sosa Silva was born to his parents Irene Y Carlos (mother), on August 19, 1986, in Montevideo, Uruguay. The Uruguayan footballer is very private about his family life and has not opened up about his father and mother.

Coming into his physical appearance, Sosa stands at the height of 6 feet 0 inches (1.84 m).