Scottie Scheffler is a well-established American professional golfer. He has been playing on PGA Tour. After turning professional in 2018, he won six major tournaments and won several other rewards to his name. Scottie was named the Rookie of the Year in 2020 and player of the year in 2019. He has won 2 PGA tours, 2 European tours, and 2 Korn Ferry tours.

Scottie Scheffler was born on June 21, 1996, in Ridgewood, New Jersey. He is among the four children born to Scott Scheffler and his wife, Diane Scheffler. His family moved to Texas when Scottie was young. Scottie has three sisters named Callie, Molly, and Sara. Scottie attended Highland Park High School and later enrolled at the University of Texas.

Net Worth and Golf Career Earnings

Scottie Scheffler has an estimated net worth of more than $3 Million. He credits most of his net worth to his successful career in golf. He has been playing at the professional level since 2017/18 but is already at the peak of his career. Beau Hossler is another rising American golf player with a similar net worth who made his professional debut in 2016. 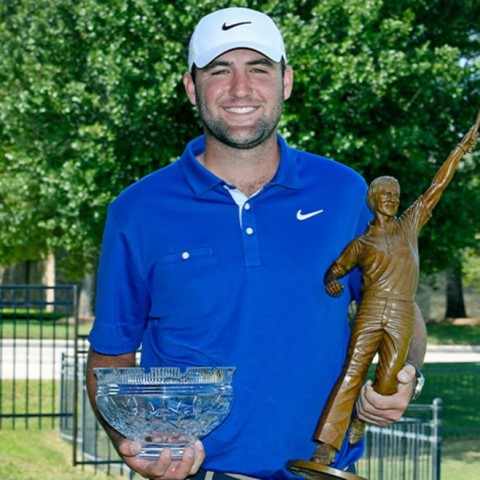 Scheffler earned the most from The American Express with $462,300.

As a golf player, Scottie must be taking home a hefty sum through his other advertisement, Sponsorship deals, etc. He is sponsored by Nike Golf, Veritex Bank, Titleist, TaylorMade Golf, NetJets, GOLFFOREVER, and ROLEX.

Scottie Scheffler's Relationship Status; Who is his Wife?

Scottie is a married man living a happy life with his family. Scottie tied his wedding knot with his longtime girlfriend, Meredith Scudder, on December 4, 2020, at Arlington Hall. The love birds had been dating each other for more than three years. 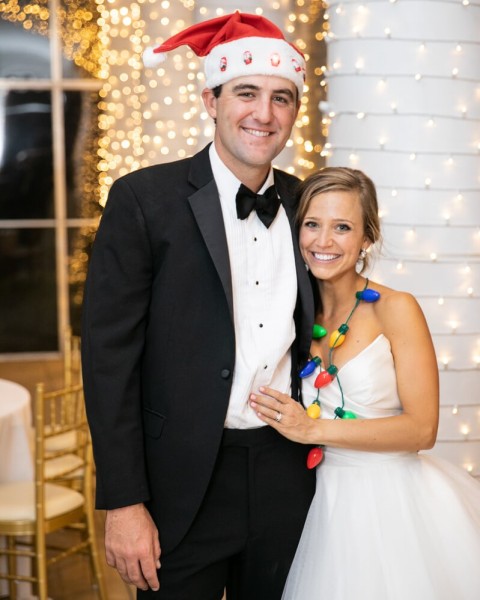 The wedding photo of Scottie and his wife SOURCE: John Cain Photography

The golf player popped the question to Scudder in June 2020 when they were on a hike at the Arbor Hills Nature Preserve. After the walk, Meredith shared the happy news through her Instagram post. Though Meredith is not a social butterfly, she appears here and there on her husband's Instagram.

There is not much information about Meredith to the public. She can be seen attending her husband's game regularly. Unlike other wags, Meredith does not prefer the limelight. She lets her husband enjoys all the attention from fans.

Since they are a married couple, fans wait to hear an announcement regarding the baby. But sorry, Scottie is quite busy in his ever growing golf career. They have not hinted any sign of being ready for parenthood.

Scheffler and his wife are living a blissful life; To date, there is no news and rumors regarding conflict, extra marital affairs and divorce. We wish nothing but the best for this power couple.

Twenty-Four years old golfer started playing in his High School days. During his college time, He was named Phil Mickelson Freshman of the Year in 2015. In 2013, Scottie won U.S Junior Amateur and won the 2017 Walker Cup. He made his professional debut in 2019, playing on Web.com Tour. The same year, Scheffler won the Nationwide Children's Hospital Championship in Columbus, Ohio.

After winning the series, Scottie qualified for the 2020 PGA Tour. He had an incredible start to his PGA Tour, finishing tied for the fourth and taking home $528,000 in prize money. The golfer is a player to look forward to. As of early 2021, He is ranked at number 28 by the World Golf Ranking.

In the 2022 PGA Championship, Scheffler missed the cut. On 29th May 2022, Scheffler lost the Charles Schwab Challenge in a playoff to Sam Burns after Burns made a 38-foot birdie putt.