Scott Drew is a well-known American college basketball coach. He has been working as the head coach of the Baylor University Bears Men's Basketball team since 2003. Drew led his team to their first Big 12 regular season Championship in 2021. Scott has won the Big 12 Coach of the Year award for two straight seasons.

Scott Drew was born on October 23, 1970, in Kansas City, Missouri, to Homer Drew and his wife, Janet Drew. His father also worked as the head coach. He has 4 siblings, a brother named Bryce and sisters Dana Shaw, Homer Drew, and Janet Drew. His brother is also an American college basketball coach and former player. Drew enrolled at Butler University and graduated with a bachelor's degree in liberal arts.

How Rich is Scott Drew? Know About His Net Worth, Salary, and Earnings

Scott Drew has an estimated net worth of more than $15 Million. Drew has gathered most of his net worth through his successful career of two decades of working as a basketball head coach. Scott has a base salary of $2.7 Million. He was ranked at No.16 among the highest-paid coaches in college basketball in 2018. 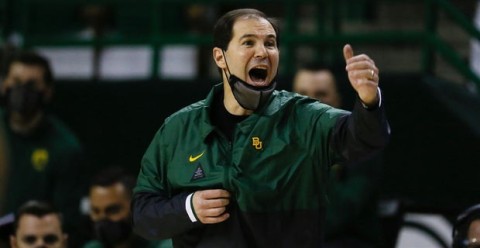 Scott has been working as the head coach at Baylor SOURCE: 247 Sports

Scott took home $3.3 Million in 2021 as his salary. He was once ranked the highest-paid coach in the league. Drew led the Bears to marquee wins against some of the nation’s most successful programs over the last four seasons.

Scott is living a happy married life. Scott walked down his wedding aisle and his longtime girlfriend, Kelly Drew, in the late 1990s. Information about his wedding is under the radar. Shortly after the marriage, the love birds were blessed with three children,  one daughter, Mackenzie,  and two sons, Peyton and Brody. 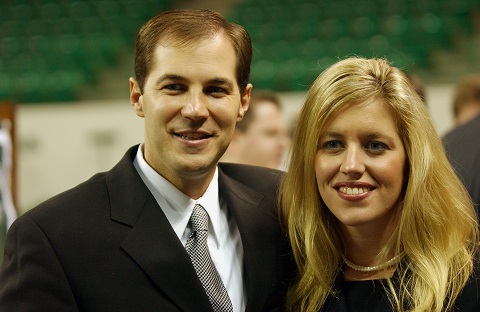 Drew has become successful in keeping his family away from the media. However, He keeps taking his children to games regularly. Kelly is very much supportive of her husband.

Scott Drew started his career as an assistant College for the University of Valparaiso. He joined th team in 1993 and worked until 2003. Scott remained as their assistant coach until 2001 and was hired as their coach in 2002. After working with the team for two years, Baylor university signed him as their new head coach.

Scott had a very tough time in his initial days with the team. In the 2008/9 season, A reputed news agency called him the Big 12 "coach on the rise" due to Drew's success in recruiting Baylor talent. In 2010, Drew was elected the Austin American Statesman's Coach of the Year. In the 2013/14 season, Scott becomes the winningest coach in Baylor history after winning his 202nd game. The same season, His team won the NIT championship.

In the following year, Baylor's qualified for the NCAA Tournaments but could not make it to the finals. In 2020, Scott was named the Big 12 Coach of the year. In 2020, Baylor ended their trophy-less season drought after winning the Big 12 regular season Championship.