Sarah Schreiber is a well-known American backstage interviewer in the WWE. The multi-talented personality is also a musician, actress and producer. Schreiber started her career working in films and later moved to WWE in 2018.

Sarah Schreiber was born on May 31, 1983, in Nutley, New Jersey. She has successfully kept her personal life and parents away from the reach of the media. After graduating from High School, Sarah enrolled at the University of Miami, where she graduated with a Bachelor of Fine Arts degree in Musical Theater. Talking about her physical appearance, Schreiber stands five feet and four inches tall and weighs 60 kg.

Sarah rose to fame only after her successful career so, much about her early life is still under the radar. The WWE interviewer started her professional career in 2006, acting on the small and big screens, including the Late Show with David Letterman, Sex and the City. Also, She is a trained singer and musician, able to play the flute. 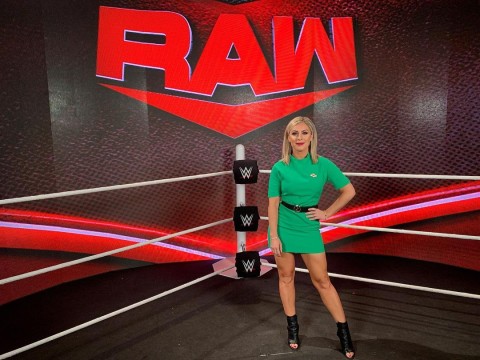 Sarah is working in the WWE RAW as an interviewer SOURCE: [email protected]

Sarah did not get much chance to be part of many films. In 2015, She was part of three moved Cam Girls, Reunion and Agent Carter. Schreiber hosted a pilot for Lance Bass Productions called Hangover Gourment.  After having some ups and downs in her acting career, Schreiber started training for show hosts. In 2018, The former actress made her mark as part of NXT's broadcast team during WrestleMania Week 2018. Sarah started serving as the ring announcer and host at many NXT Live Events.

Sarah has moved to WWE Smackdown after working in the NXT for some time. Since joining the franchise, She is a full-time interviewer outside the ring. Schreiber has been part of several WrestleMania events.  Most recently, you can catch her as a backstage correspondent with WWE on Monday Night Raw.

Who is Sarah Married or Dating? Know About Her Relationship Status

Sarah is an active social media user. Following her posts, we can be sure that She is involved in a romantic relationship with Chad Dunbar. The love birds could be married, engaged or dating each other. None of them have shared a word about the relationship status in public. Sarah keeps uploading photos of the couple in her timeline. 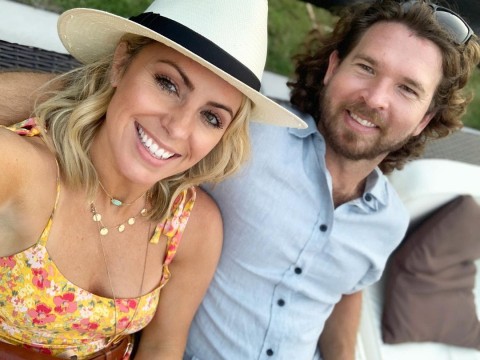 Sarah along with her boyfriend, Chad at vacation SOURCE: [email protected]

Both of them are very much close and supportive of each other and enjoy each other's accompany. Chad seems to be a climate activist. The duo keeps visiting new holiday destinations in their free time. They have not shared about their first meeting instance.

Sarah Schreiber has an estimated net worth of more than $500,000. Although, She has been working for more than fifteen years and worked as an actress but has not been much successful. The salary of an actress ranges from $100,000 to millions.

Sarah has been working in the WWE for almost four years. The average salary of an interviewer currently working with the WWE is more than $55,000. She will be adding much more in the days to come.