Edimilson Fernandes is a professional football player from Switzerland who plays as an attacking midfielder for the German club Mainz 05. He is also part of the national football team of Switzerland. Besides, Fernandes played in four Bundesliga games in the 2022-23 season. Since joining the team of Mainz 05 on July 1, 2019, Fernades has been with them, but later, he was also loaned to Young Boys.

More to this, Fernandes comes from a family background where some of his family members are engaged in the same sports. So, it can be said that Fernandes got inspired by his family to be a professional footballer. Moreover, Fernandes is regarded as one of the most important players on his team as he never disappoints fans with his playing skills.

Fernandes is currently associated with the German club Mainz 05. When Fernandes left West Ham to join Mainz 05, his transfer fee was €7.50m, as reported by Transfermrkt. According to Salary Sport, Fernandes makes £32,000 per week and £1,664,000 per year being with the Mainz 05 team.

Talking more about his earnings, he was previously a part of other clubs too. On August 25, 2016, Fernandes left FC Sion to join West Ham. His fee after coming to West Ham was reported to be €6.40m. In this way, Fernandes has preserved a vast chunk of money from being a part of multiple teams. 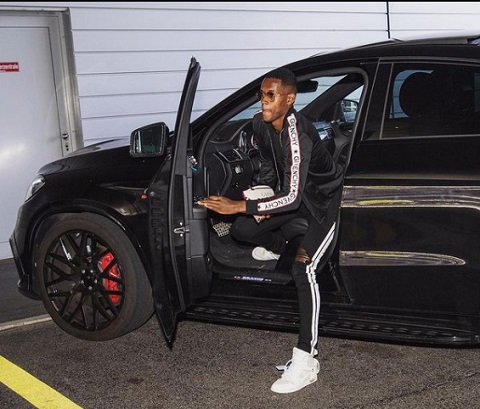 And his current market value given by Transfermrkt is €2.00m, while the highest value was €8.00m on March 1, 2019. As said earlier, Fernandes has already played for the national football team, and a footballer in Switzerland has an average salary of CHF 63,000 a year and CHF 30 an hour. So, playing for the national team, Fernandes may earn in the same range.

You may explore the personal and professional career of Christian Fassnacht, a Swiss football player who holds a current market value of €4.00 million.

Fernandes Has A Son With His Partner

Focusing on his personal life, Fernandes may have a partner or a girlfriend, but he has not shared anything information about it. But in 2017, the footballer talked about having multiple girlfriends. According to the Sun, Fernandes had a couple of official girlfriends, and some of them were not so official.

From this, it can be said that Fernandes had some romantic affairs. Howver, his current relationship status remains unknown as Fernandes has never talked about his lover. But Fernades' social media posts show that he is already the father of a son. 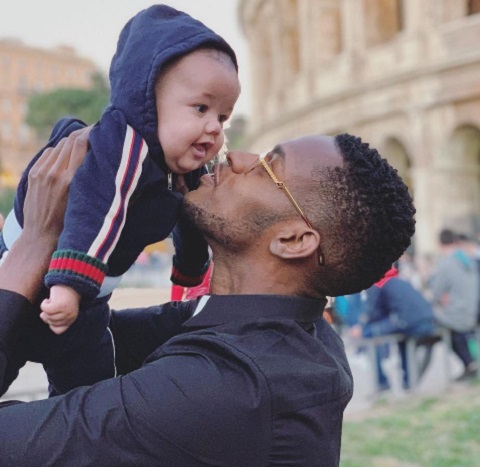 Together with his son, Fernandes has shared multiple images on his Instagram account. Despite that, he has not given a single hint about the baby mama. It may be due to privacy reasons, but the professional footballer will surely update it in the future as his followers are asking questions related to his married life.

Coming into his football career, Fernandes began his career after joining FC Sion. From 2007 to 2013, Fernandes played for the youth team of the Sion team, and on June 1, 2013, Fernandes made his Swiss Super League debut by playing against FC Zurich. And on March 1, 2015, Fernandes scored his first senior goal in a match with FC Luzern. 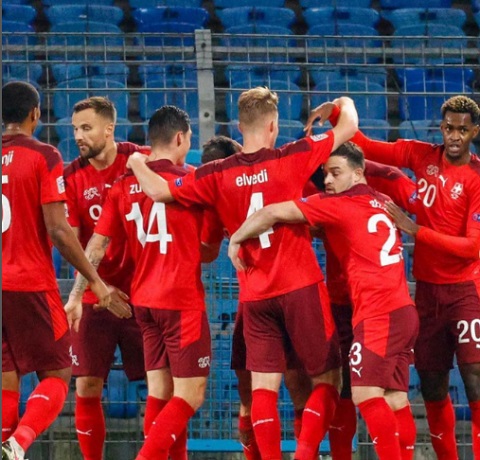 And on Febuary 15, 2022, Fernandes was loaned to Young Boys until the end of the season. Similalry, Bryan Okoh is also a pro-level football player from Switzerland.

Born in Switzerland, Fernandes plays for the national football team of Switzerland and has played for their youth teams in multiple games. In November 2016, he made his debut for the senior squad after coming as a substitute in the 69th minute of the game against the Faroe Islands.

Besides that, Fernandes also participated in the 2019 UEFA Nations League Finals. In that tournament, his team took fourth place.

Details On His Early Life & Nationality

Born on April 15, 1996, Edimilson Fernandes Ribeiro grew up in Sion, Switzerland. So, Fernandes holds Swiss nationality and his ethnic background is Portuguese and Cape Verdean. The information about his parents remains unknown, but we know that some of his family members are engaged in this field.

His cousin, Gelson Fernandes, is also a former Swiss professional footballer who played as a defensive midfielder for multiple clubs. Manuel Fernandes is another cousin who plays for Iranian club Sepahan S.C. as a midfielder.

Likewise, Cabral is also his cousin who plays for Lausanne-Sport.

The Swiss footballer Fernandes has a strong presence on Instagram, where we can follow him under the username @e.fernandes31. From his account, Fernandes mainly provides details about his professional games and events. 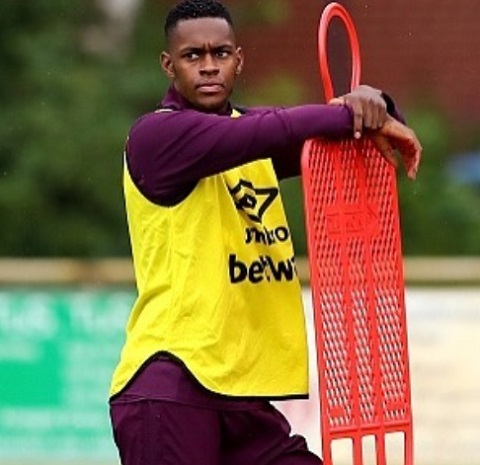 Sometimes, he also posts images with his son. His post also shows that Fernandes lives a lavish life as he has flaunted some of his unique cars. More than 33k people have followed Fernandes on Instagram.