Samuel Benjamin Watkins IV popular as Sammy Watkins is an American NFL player who currently, plays for the Kansas City Chiefs as a wide receiver. Previously, he played with teams like Buffalo Bills and Los Angeles Ram after being picked fourth overall in the 2014 NFL Draft out of Clemson.

Born on June 14, 1993, in Fort Myers, Florida under the star of Gemini, he completed his high school education from the South Fort Myers high school and is graduated from Clemson University. Sammy's parents are Nicole Watkins and Samuel Benjamin Watkins III and also has a brother Jaylen Watkins who is also an American football safety for the Los Angeles Chargers of the National Football League (NFL).

The Kansas City Chiefs' Wide Receiver has earned a good amount of fortune and fame through his playing career. with an annual salary of $14 million in 2020, he is one of the highest-paid wide receivers and has an estimated net worth at around $12 million as of 2020.

Sammy is earning a good amount of wealth through endorsements and sponsorship but so far there is a report on his exact earnings from promoting brands.

The 26 years old Wide Receiver is the married man and is the father of two children with his wife Tala Powell. The couple tied the knot in 2018 and their wedding ceremony was attended by some mainstream artists including Snoop Dogg.

Before getting married the lovebirds spent several years together. 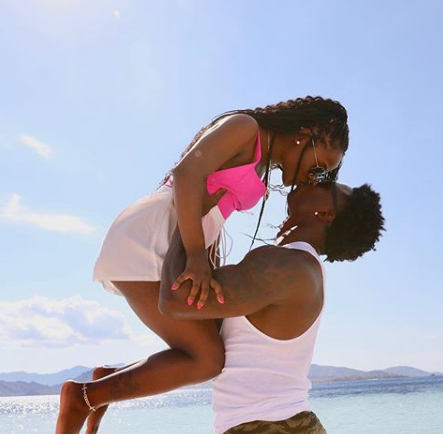 Sammy often express his feeling for his beloved wife on Instagram and in one f his Insta Post he wrote:

Verified It seems like we running out of time life moving so fast yet We still so young but got so much to find..! We can never let them break our mind we gotta stay strong conquer and don’t divide I love you baby 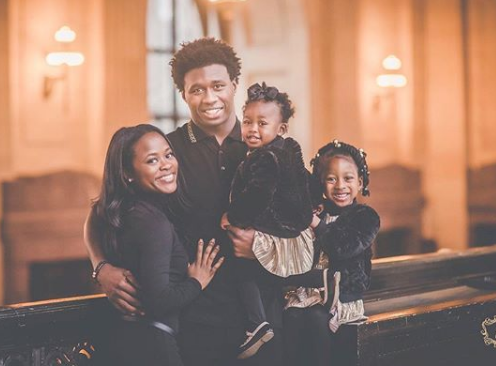 Sammy Watkins with his wife and children SOURCE: Twitter @sammy

Currently, the couple resides in Fort Myers, Florida, where they are raising two beautiful adorable daughters Samiah and Azaria. Their first child, Samiah, who is 5 years old, was born on May 25, 2014, while the younger one was born on May 230, 2017.

Suspended For Possession of Illegal Drugs

After committing to Clemson University, he was imprisoned by Clemson University police for cannabis possession during  May 2012. At the same time, he was also found to have one pill in each of Vyvanse and Adderall and later on, charged for having a prohibited substance.

But the case did not strengthen for a long and he did not arrest by the state police, he was just suspended for the first two games of the 2012−2013 season.

Visit Playerswiki to find out more about NFL Players.