Sam Bradford is an American football quarterback who is currently a free agent. He played in the National Football League (NFL) for the St.Louis Rams, Minnesota Vikings, Philadelphia Eagles, and Arizona Cardinals. He attended Putnam City North High School in Oklahoma City, where he played football, basketball, and golf.

Sam Bradford earned $127 million from NFL salary alone during 2010-2018. From 2010-2014, he earned $65 million playing from the St.Louis Rams and has an annual salary of $24 million. He is one of the highest earnings NFL Players. As of 2018, Sam Bradford has an estimated net worth of over $100 million which makes him one of the highest paid athlete on the planet.

Samuel Jacob Bradford was born on November 8, 1987, in Oklahoma to parents Martha Bradford and Kent Bradford. He attended Putnam City North High School where he was a standout athlete for four years.

During his high school, he played different sports, but his best was football. His grandfather introduced him to playing golf. His father, Kent Bradford, was an offensive lineman for the Oklahoma Sooners football team from 1977-1978.

In 2008, he became the only second sophomore to win the 'Heisman Memorial Trophy' in college Football. Bradford received an athletic scholarship to attend the University of Oklahoma, where he played for Oklahoma Sooners football team from 2006-2009.

Bradford played baseball pitcher but gave up baseball after his freshman year. Bradford also played Basketball and as a senior, he averaged 18.6 points and 10.5 rebounds per game. Bradford defeated  Kevin Tway and Robert Streb in golf game during his high school career. In addition, he also played hockey. In 1999, Bradford's Travel team, the Junior Blazers, won a regional championship, defeating a Houston team. 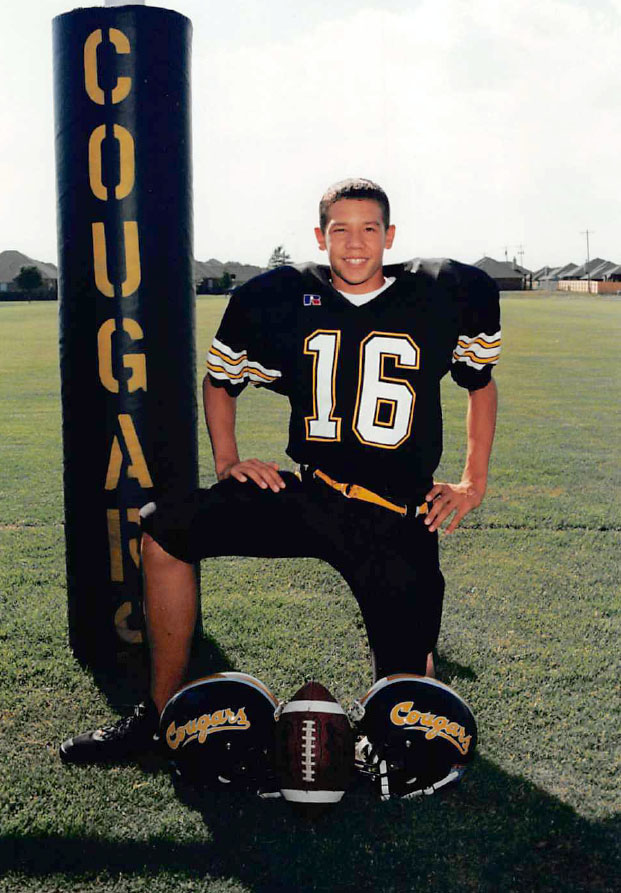 In the spring of 2005, by the end of his junior season, he garnered interest from several Division-1 programs like Stanford, Michigan and, Texas Tech.

On August 2007, Bradford won the starting quarterback role for the 2007  "Oklahoma Sooners Football' Team". He broke the school record for passing yards (21 of 23 attempts for 363 yards ) in half previously held by his coach Josh Heupel. 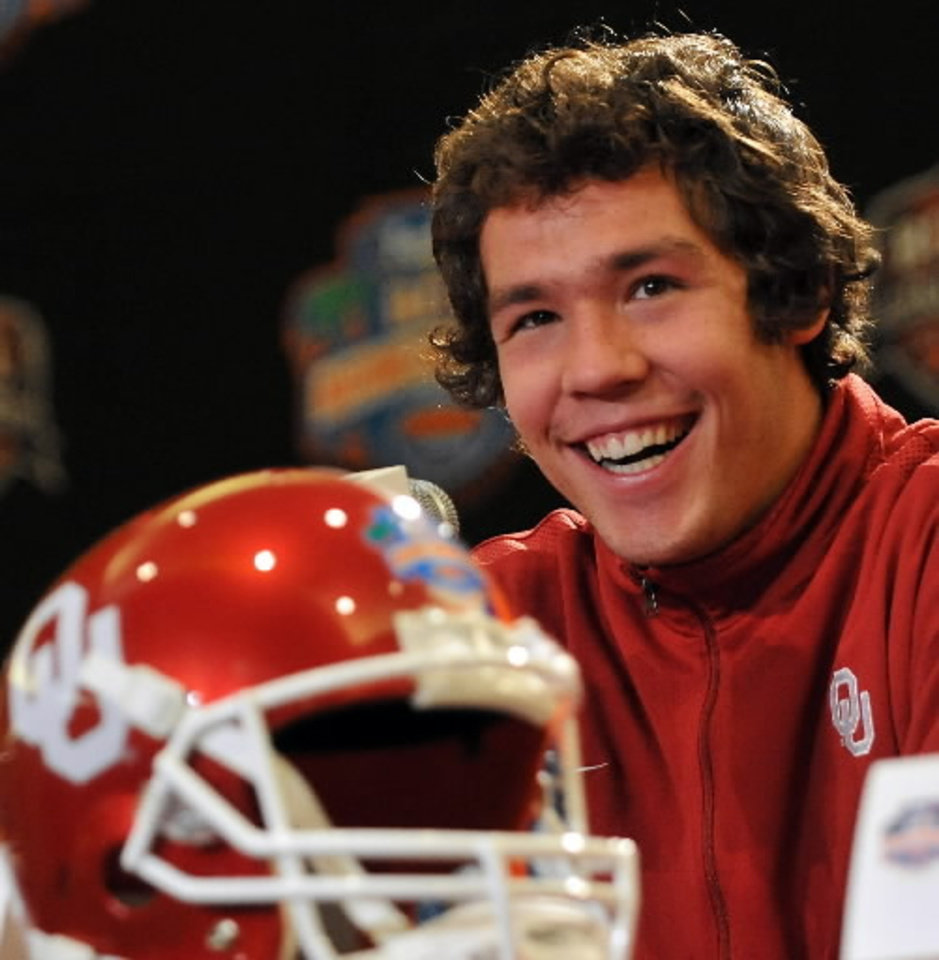 Walter Camp Football Foundation named him "National Offensive Player of the week" on September 9, 2007. During the November 24, 2007 game against the Oklahoma State Cowboys, Bradford broke the NCAA freshman record of 29 touchdowns by passing his 30th touchdown to Joe Jon Finley during the second quarter.

For the second time in a season, the Sooners won the Big 12 Championship, a college football game against the Missouri Team.

Bradford's team went on their third straight Big 12 Championship and defeated Missouri. The Sooners broke Hawaii's 2006 record after that game. The Sooners were the first team in NCAA history to score more points than 60 in five straight games. Oklahoma finished the 2008 regular season with a 12–1 record, ranking #2 in the AP Poll and #1 in the BCS Standings.

The Sooners went to play at the 2009 BCS National Championship Game in Florida. The same season he was awarded the 'Davey O'Brien Award'.  He is the second winner of Heisman Trophy after Tim Tebow of the University of Oklahoma.

After missing three weeks, Bradford returned to the field during the Baylor game, and completed 27 of 49 passes for 389 yards and one touchdown, leading the Sooners to a 33–7 victory. Bradford re-injured his right shoulder on October 17, 2009, in the game against Texas.  Later, he did his season-ending shoulder surgery and enter the 2010 NFL Draft.

In 2007, Bradford's team won the Big 12 Championship after defeating Missouri for the second time. In 2010, his team St.Louis Rams won their division game against the Seahawks.

In 2013, the Rams won the season against Arizona Cardinals.

Bradford is an avid ice hockey fan. His favorite team is the Vancouver Canucks. Bradford played golfer and basketball in high school.

Bradford appeared in a short film of video testimonials from celebrities called "I Am Second". He shared his faith about Christianity and winning the Heisman Trophy.

Fans and some media member calls him "Con Man" because he racked up huge guaranteed money contracts.

Sam Bradford is 6 feet 4 inch (1.93 m) tall and weighs about 102 Kg(224 lbs). Due to his gigantic physique, he is a perfect candidate for the quarterback position.

In March 2016, Sam Bradford and Emma Lavy got engaged and married on July 15, 2016. The wedding took place in Aspen, Colorado. Emma herself is an avid golf enthusiast was on the Arkansas Golf team. 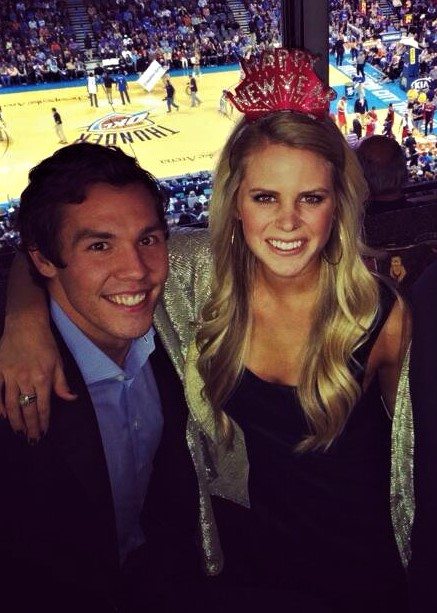 As per media speculations, Bradford could have dated model Karlie Kloss, but there isn't any strong evidence which supports the case. 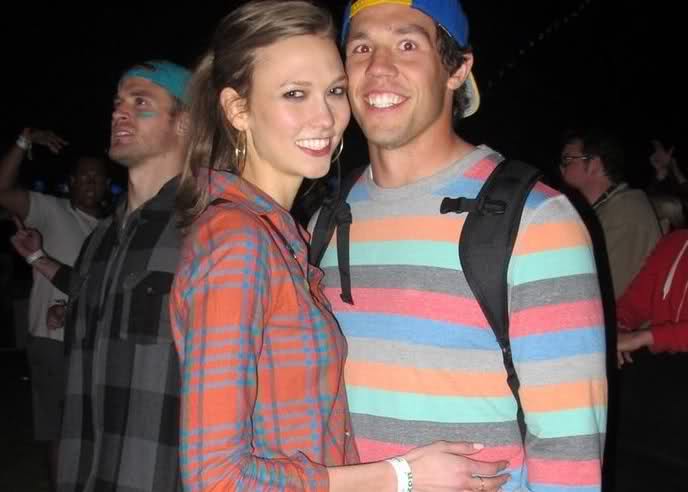 Sam Bradford is one of highest earning players in NFL History. During his eight seasons in NFL, he made about $127 million. In 2017, he earned $18 million. Sam Bradford signed a two-year contract worth of $20 million with Arizona Cardinals. His annual salary is $24 million. Arizona Cardinals recently released Bradford as the quarterback.

Bradford's personal investment is estimated to be around $31 million. In 2010, he bought a house in Philadelphia whose present value is $8 million. He owns luxury cars such as Aston Martin, Range Rover, Audi, and a Ferrari which constitutes a total worth of $2 million.

Sam Bradford has numerous awards and honors in his career. He won the prestigious Heisman Memorial Trophy in 2008, which is given to the best player. 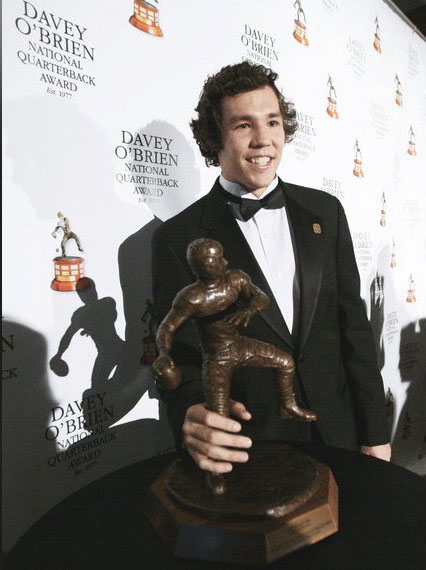