Gossip Sadio Mane's Relationship Status: Who Is His Girlfriend?

Sadio Mane's Relationship Status: Who Is His Girlfriend?

Sadio Mane, a footballer, is allegedly in a relationship with a sports reporter. An athlete dating a sports reporter? Now that looks pretty fitting, even poetic. Mane has many eyes on him. His personal life stays hidden from the world. And as such, much about Sadio's love life remains out of reach for his fans. So, even with years in the spotlight, fans learned very little about the Senegalese soccer star's personal life.

Yes, Sadio is open about his day-to-day life with his fans. But the footballer prefers to share his love for football on social media. And the Senegal native athlete rarely shows his life outside of football to his fans. Mane's love for football managed to draw in 12 million followers on his Instagram. However, Sadio started earning massive star power after he joined Liverpool in 2016. And after joining the English football club, Mane became a household name.

Sadio Mane is in a relationship with a South African sports journalist!

One of the cons of fame is the world has you in the spotlight, watching every step a celebrity makes. And their love life is always the focal point and interest of the fans. And so, Sadio Mane and his love life stay in the mind of his fans. And thus far, the talented Senegalese footballer has kept his relationship hidden from the world. 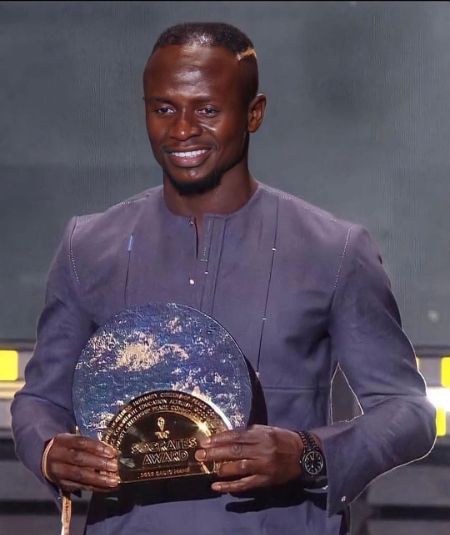 Despite hiding it for so long, rumors and alleged news surfaced about Mane and his girlfriend. According to various news outlets, the Bayern Munich forward is seeing a South African sports journalist. And what's the name of Sadio's squeeze? Well, Mane is in a relationship with a woman named Melissa Reddy. The five-feet-and-nine-inches tall Mane and his girlfriend, Reddy, started their relationship away from the eyes of his and her fans. Besides earning the limelight for over a decade, Sadio managed to keep his love life hidden perfectly. And even today, Mane's personal life remains a complete mystery to his fans.

Also, the Senegalese soccer star and Melissa, his alleged partner, keep their relationship on a down low. And neither Mane nor Reddy came forward to confirm their love connections.

The Senegalese soccer star keeps his love affairs as far away from the world as possible. And throughout his career, Sadio Mane kept his relationships and partners out of view. And so, the identities of his ex-girlfriends stay out of reach for Mane's followers. In February of 2022, Carol Tshabalala was recently engaged. And many fans thought that Carol and Sadio were an item. However, it was far from the truth as Mane never wore an engagement ring.

And similar to Sadio, Melissa Reddy prefers to live out her personal life away from sight. And as such, Reddy's past love connection stays hidden from the world. Not only that, but Melissa also likes her privacy intact. As such, the sports reporter keeps her family details hidden from her followers.

Now, who is Melissa Reddy?

Melissa Reddy is a South African sports reporter. However, she comes from an Indian heritage. Reddy was born on August 24th,1986. And throughout her career, Melissa earned a name for herself. But, Reddy remains an elusive TV presenter. 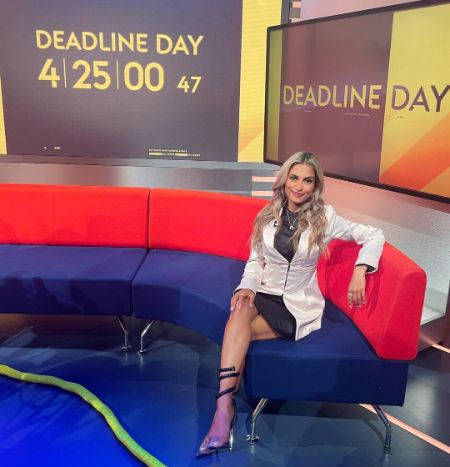 Melissa Reddy took pictures of herself in the set of Deadline Day on Sky Sports Network. SOURCE: [email protected]_reddy

Despite all the fame and fortune, the South African reporter earned, her private and family life stays hidden from the viewers. With the success of her career, Melissa's face is recognized by thousands of fans. But, the names of her parents and siblings remain relatively unknown.

Many fans know Reddy from the Tackling Racism on the Sky Sports News network. Similarly, she went on the show Sunday Supplement on the same network. Again, Melissa even covered the Premier League Show on the BBC. Before joining Sky Sports, he worked as a soccer correspondent at The Independent. But she'd later leave The Independent to become a senior reporter for Sky Sports Network.

Melissa, the supposed girlfriend of Sadio Mane, is also known as an author. And in 2021, Reddy was shortlisted for the Best Writer in the Football Supporters Association awards. And many of her fans love her book, Believe Us: How Jurgen Klopp Transformed Liverpool Into Title Winner.

Yes, Melissa Reddy currently enjoys a successful sports journalist career. Reddy reached success after the hard work she put in. And in her long career, she wasn't afraid of talking about racism and sexism connected to the sports industry.

Aside from her reporting skills, she also wants to encourage new players to take the field. Similarly, Melissa wants the female football scene to be on par with their counterparts.