The Cameroonian football player Sacha Boey currently plays for the Super Lig club Galatasaray. He is positioned as a Right-back; however, Sacha can also operate in other positions, including Left-Back. In addition to this, he wears jersey number 93 for his fellow club.

Furthermore, Sacha formerly played for the club Dijon on loan, and so far in his active career, the football player has gone through many shifts. Additionally, he is among the talented football player whose outstanding playing skills seems to be the major reason behind his huge fan following.

How Rich is Sacha? His Net Worth, Salary, & Market Value

Sacha Boey is one of the most successful football players on his squad, and he seems to have earned whopping money from his professional career as a football player. Besides that, he looks to maintain a luxurious lifestyle. Besides all, the current market value of Sacha is €4.00 million from the last update. 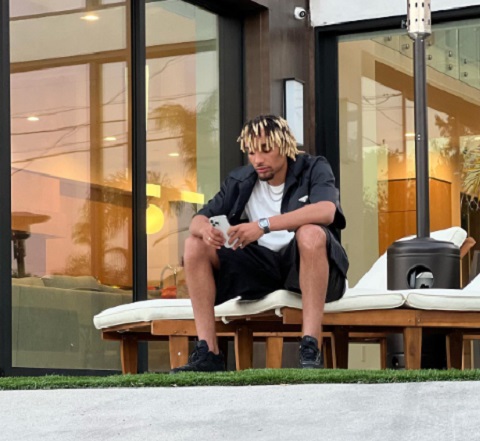 Further, the current net worth of the pro-level football player is $1 Million - $5 Million; nonetheless, the exact net value of Sacha seems to be missing from the media sources. Adding to this, one of the sources has never shared his salary details; therefore, we can't discuss his income details now.

Along with his football career, he earns money from endorsements, often sharing pictures with Adidas.

Sacha fans seem captivated by his lovelife, and they wonder whether the footballer is dating secretly as he maintains his personal life behind the curtain. The handsome hunk, Sacha, is possibly single he has not said anything about his partner and lovelife.

Besides that, Boey is not so public when it comes to his dating career; along with that, he never shares posts mentioning his loved one; therefore, there has been much speculation that he might be having a romantic life behind the public as most of the athletes loves keeping thier lovelife private. 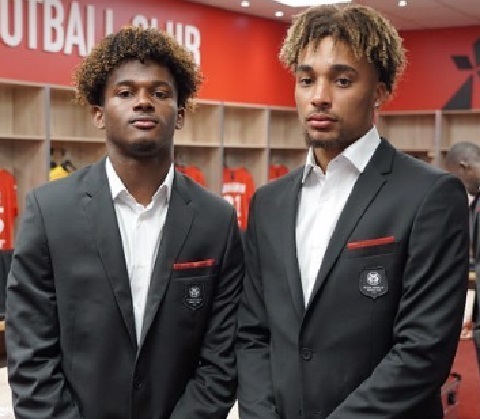 As the exact facts about Sacha's love life are yet to get revealed, therefore, this might take some more time to explore his dating career with his fans.

Boey Began His Football Career In 2011

Boey started his youth career in 2011; since a young age, he was curious to learn and participate in sports activities and be the best footballer. So, as a youth, he played for multiple clubs, including Romainville, Red Star, and Rennes.

In 2018, he began his career professionally by joining the club Rennes II. Furthermore, on July 26, 2021, the club, Galatasaray, declared a contract valid until the end of the 2024–25 season.

Additionally, he has played for France and has represented the national team in multiple events, including Under 17,18 and 20.

Details On Boey's Age And Height

The fan's favorite footballer, Boey, was born on September 13, 2000. Likewise, he was born and raised by his parents in Montreuil, France. Despite being born in France, he is of Cameroonian descent. Well, nothing much is accessible about Sacha, including his academic details.

Digging more into his physical appearance, he is 5 feet 10 inches tall, and Sacha has a unique hairstyle that his fans love.