Sabrina D'Angelo is a Canadian Soccer player and also a member of the Canada women's national soccer player. She is the goalkeeper for the Vittsjö Gymnastik- och Idrottsklubb, a women's football club from Vittsjö, Sweden.  She was drafted 21st overall in the 2015 NWSL college dratft by the Western New York Flash. From her impressive blocking skills, she was one of the few Canadian who was directly drafted from college. She has represented Canada in the U17, U20 and also in the Canada women's national team.

D'Angelo was born on 11 May 1993 under the star sign Taurus. She is a native of Welland, Ontario, Canada and born to parents Gerry D'Angelo and Bonnie D'Angelo and raised alongside an older brother Derek D'Angelo. She attended Notre Dame School in Welland. Ontario and for her collegiate year, she enrolled at the University of South Carolina.

Sabrina D'Angelo Net worth 2020: how much does the Goalkeeper earn?

The Canadian player has played professionally in multiple countries. She started her career in the Toronto Lady Lynx in her home country. As a Canadian player, she is most likely to earn $50,000 annually.

As a top player in the NWSL for the Toronto Lady Lynx and Western New York Flash, she would receive maximum wages for her performance in the game. During her NWSL career, she would have received $50000-60000 annually, according to the reports from the18.com.

Her recent contract with Vittsjö GIK is yet to be specified and hasn't been revealed in any media. Apart from her professional earnings she also earns her income from her sponsorship and endorsement deals that add a certain value to her net worth. She has been endorsed by Addidas. Her estimated net worth from all of her earnings sums up to $1 million dollars. 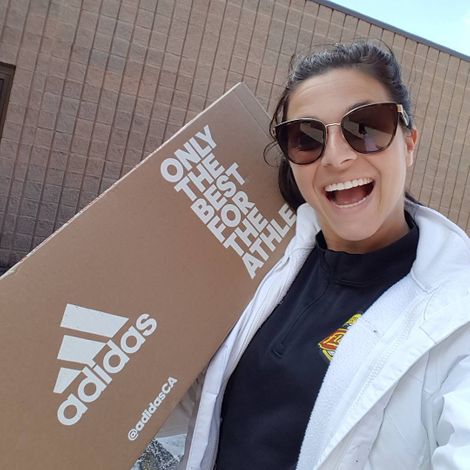 "Best surprise and the way to every women's heart...sending them shoes Thank you @adidasca"

Who is Sabrina D'Angelo Dating?

The No.13 for the Vittsjo GIK is a happy relationship with Kareem Moses who is a Trinidadian professional footballer who plays for the Canadian club FC Edmonton as a defender. They seem to have met around October 2017 and have been in a long-distance relationship because of their busy schedule but often hang around whenever they have time to spare. 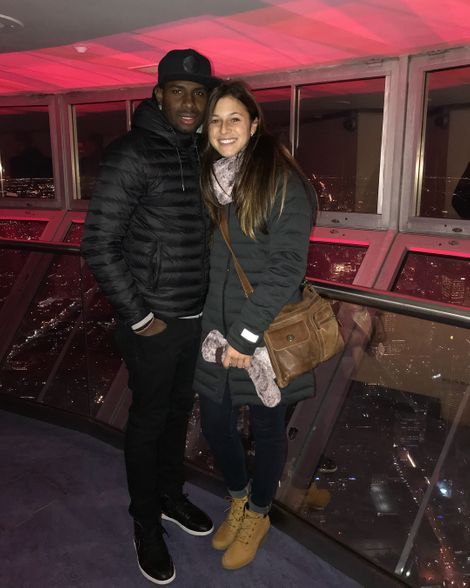 The couple is also not afraid to flaunt their love on their Instagram account. They are living a happy life together traveling and enjoying life as seen on their accounts.

The 5' 7'' tall started her career in her college life playing for South Carolina. She was one of the few people to have been drafted directly from college by the Western New York Flash. She played for a brief time with the Toronto Lady Lynx in 2010 and 2012 making eight appearances for the team.

She attended the University of South Carolina where she played for the Gamecocks from 2011 to 2014. As drafted, she went to the Western New York Flash. As the New York Flash became North Carolina Courage as the team was sold and reallocated to Cary, North Carolina. She became the No. 1 goalkeeper for the Courage. She was replaced by Katelyn Rowland as the No.1 goalkeeper.

After four seasons, she signed with the Damallsvenskan club in Vittsjo GIK. She also made the Canada Women's National Team in December 2015.