Sabina Manzo Isaza is a Columbian MMA fighter currently under the contract of UFC, One of the best mixed-martial-arts company on the planet. The "Columbian Queen" fights out of Huntington Beach, California, and represents her country Columbia. The Muay Thai champion is the upcoming contender to challenge current champion, Valentina Shevchenko, soon for the UFC flyweight belt. Mazo is fighting against JJ Aldrich in UFC 246 at Las Vegas on January 18, 2020, and expected to win the fight as per her stats of 7 wins, one loss and no draws, which is superior compared to Aldrich.

The Straw Weight Fighter was born in Medellín, Antioquia, Colombia, on March 25, 1997. Although facing defeat in her debut at UFC Fight Night on ESPN 2, in a match against Maryna Moroz under Unanimous decision, the 22-year-old bounced back in her second match at UFC 241 against Shana Dobson with a lopsided Unanimous Decision in her favor.

Sabina Manzo Net worth in 2020

The "Columbian Queen" estimated net worth is $50,000. She endorses different brands like Kings MMA, Fight_food co, Queens MMA, Wakeup vitamins, Virus Columbia, Muay Thai Medallion, Top King, and sabinamazo.merchlabs.com on her Instagram with 27,200 followers. All the endorsement deals make her quite a lot of greens to add up in her earnings. 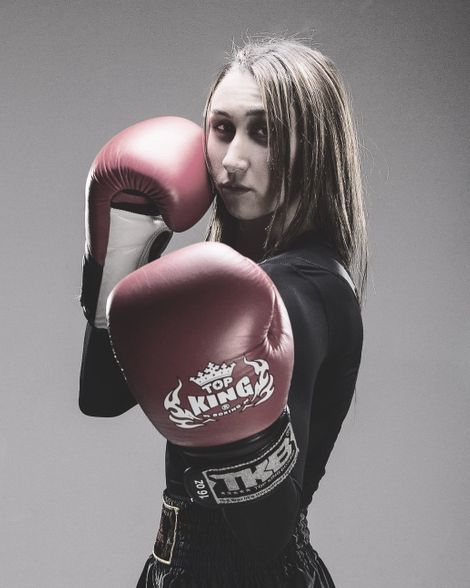 Out of all the endorsement deals, sabinamazo.merchlabs.com stands out as her top earner as she makers around $45,000/year net profit selling her merchandise through merchlabs.com. It is also apparent, earnings from other deals are not less, which helps her stack up the cash every year. We could see her earning higher and her net worth increase in astounding fashion if she keeps up her winning streak until she fights for the title in her division.

The total earnings from her fight in a different division including UFC can be seen listed on the table below:

Sabina Mazo is going to turn 23-year old on March 25, 2020. She is doing pretty well in her MMA career as well as in keeping her personal life secret, or maybe she is just focusing on her MMA career. As per our research, we don't see anything related to her relationship up until now, but we came to know that she is a huge fan of Kelvin Gastelum and appreciates his fighting. 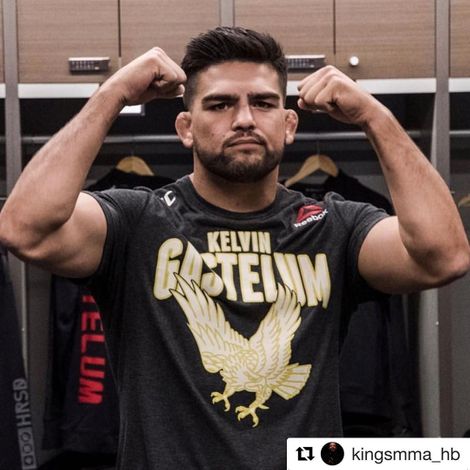 Sabina Mazo posting her Idol Kelvin Gastelum in her Instagram and showing the appreciation for his fighting style on APRIL 14, 2019 SOURCE: Instagram @sabinamazo

She seems to be single and focusing on her career to triumph as the flyweight champion in UFC. All her Instagram posts are mostly related to her works and endorsements related to MMA. If she finds someone in the future, it is obvious we will be able to see it on her Instagram, where more than 27 thousand fans love her, but for now, we could enjoy her upcoming fight in UFC 246 against JJ Aldrich on January 18, 2020.

Back To Back Exceptional Head Kick Finish in LFA:

Sabina Mazo first caught the eye of the UFC president Dana White while she was fighting in Legacy Fighting Alliance. She knocked out her two opponents with a brutal head kicks, which earned her a contract in UFC. She debuted in UFC fight night in Philadelphia, which she eventually lost was after her triumph on two more fights at LFA in a unanimous decision.

The first of her head kick finish was against Jamie Thorton from Fort Irwin, California fighter at LFA 9 - Dennis vs. Marques. The knockout came in the 14 second of last-minute remaining of the first round where Mazo landed a roundhouse kick in Thrtons head, which knocked her out cold.

Her second victim on her road to glory was Linsey Williams, a fighter form Coon Rapids, Minnesota. Mazo again finished Williams with a roundhouse kick in the last 38 seconds of last minute in the first round of five minutes.

Both of her head kick came in the last minute of the first round in her back to back LFA fight, which made a statement of her presence in MMA. It was later recognized by the UFC and handed her a contract to fight in one of the biggest mixed martial arts promotion company based in Las Vegas, Nevada.

Lesson Learnt From The Loss Against Maryna Moroz in UFC Debut

Sabina Mazo faced her first defeat in her MMA career fighting against Maryna Moroz in her debut UFC match in UFC fight night 2 held in Philadelphia. Before her scheduled fight against Shana Dobson in UFC 241 - Cormier vs. Miocic 2 undercard, Mazo was asked about how she felt about the loss against Moroz in her first fight in UCF and did she learned anything out of the battle, and her reply was,

"Totally, I think I learned more than I lost. It kind of made me reinvent and do a new version of myself from my last fight. So definitely, I appreciate what I did. Of course, no one wants to lose, and that's the thing, I don't want to lose, so I learned lots from my last fight so I can do well in this one."

22-year-old Mazo bounced back in UFC after she defeated her opponent Shana Dobson in an outstanding fashion setting the score to the records in the referee's scorecard. Although her opponent Shana talked about the fight saying Mazo will be going through sever beatdown during the match, the fight turned out to be the opposite of her statement. 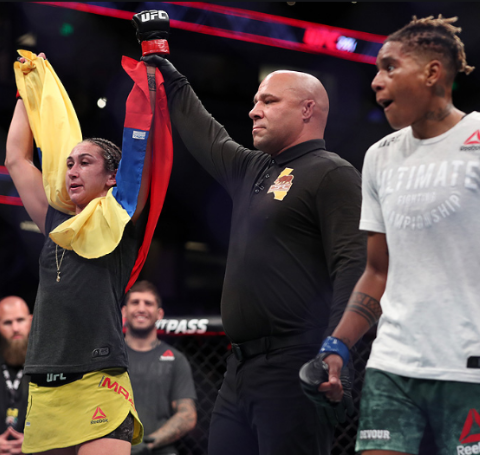 Mazo's reach was too good for Shana to defend, and also, her kicks and knee to the head put Shana to gas out for several times during the fight. The ground and pound were with sharp to the point boxing were the ones that earned Mazo the excellent score to beat Shana Dobson and made her statement before the fight questionable. First, win in the UFC 241 in her second fight against Dobson established Mazo's presence in the Flyweight division and expected to go a long way.