Saad Bin Zafar is a professional cricket player who plays for Canada in international tournaments and plays for Michigan Cricket Stars at the domestic level.  He is a left-handed player whose main role is an all-rounder for the team. His batting style is a Left-Hand bat and his bowling style is slow left-arm orthodox. He has been playing fr Canada since 2008 and made his first T20I debut on August 18, 2019.

Who is Saad Bin? His bio, family and physical measurements

Saad Bin Zafar was born on November 10, 1986, in Gujranwala, Punjab, Pakistan and his birth sign is Scorpio. Information regarding his parents and siblings in not revealed but they migrated to Canada from Pakistan. 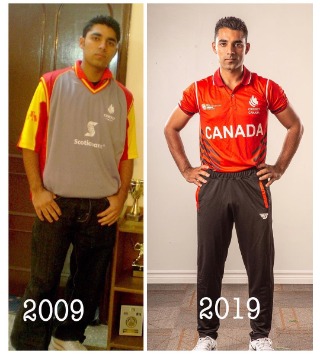 As a kid, he used to play tape ball on the streets before getting noticed by his school's teacher. Later he started playing in Premier Division for the club named Overseas Cricket Club.

It was in June of 2018 when he got selected t lay in the inaugural edition of the Global T20 Canada tournament by Vancouver Knights.

How much are Zafar's Net worth and Salary?

Saad Bin Zafar's net worth is estimated to be more than $200,000 approximately. His major source of income is his profession of cricket. He also earns extra bonuses and incentives by participating in the different tournaments for Canada and clubs. 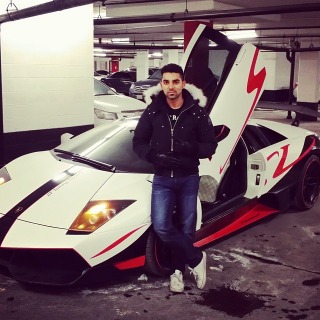 As per sources, Canadian players can earn more than $100,000 per year. And he surely earns more than $50,000. There is no doubt of such players with his status and record.

The cricketer with the best economy rate is also fond of cars and bikes and often shares photos of bikes and cars whenever he got the chance. He owns a white Lamborgini which he flexes often in his Instagram.

The Pakistani origin Canadian payer is represented by ICA Association.

Read about:- Shimron's Net worth and Salary; His earnings with West Indies

Who is Bin Zafar dating? Who is his girlfriend?

As of 2021, Saad Bin Zafar is not dating anyone currently. To find his information we extracted his Insta, where he has never mentioned his girlfriend and love.

He likes to keep his private life behind the camera and public reach. But he shares photos with popular female celebrities and friends from work. 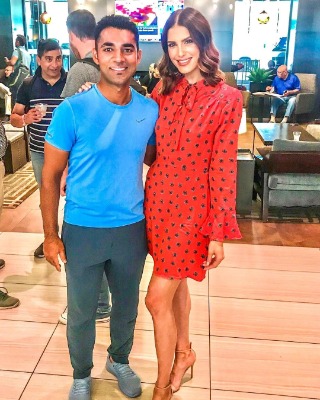 So, it seems Bin Zafar is still single as of 2021. But no doubt he has been in past relationships with different girls.

The second player to have the most maidens in a career is fond of sharing photos of his friends and himself on his Instagram.