Ryo Ishikawa was born on September 17, 1991, in Mitsubishi, Saitama, Japan. He is among the three children born to Katsumi Ishikawa and his wife, Yukiko Ishikawa. He has a brother named Wataru Ishikawa and a sister named Yoko Ishikawa, who are also professional golf players. Ryo was the youngest player to win a men's regular tournament on the Japan Golf Tour at 15 years and eight months.

Ryo Ishikawa has an estimated net worth of more than $5 Million. Ishikawa has several sponsors deals with numerous world-recognized companies like Panasonic, Toyota, and Yonex. He earned the most from Shriners Hospitals for Children Open in the PGA Open. 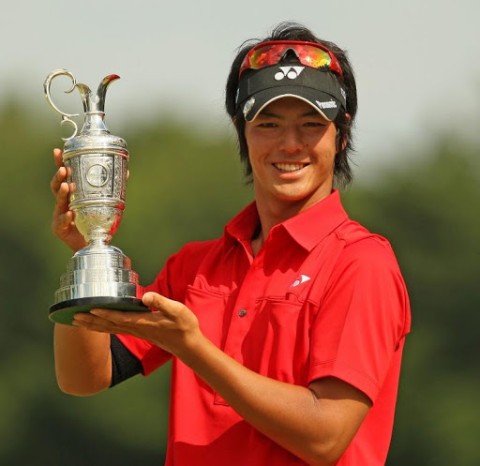 Ishikawa spends most of his time in Japanese golf events. He has been earning millions from his home events. Totaling his career earning from PGA, it sums to $4,148,306. In the ongoing season, Ryo has played in four events and made $43,000. Lee Kyoung-hoon and Chun In-gee are two South Korean Golf players currently playing in the PGA and LPGA Tour.

Ryo is very much private about his personal life. As per sources, Ryo is a married man living a happy married life along with his wife. Ishikawa tied his wedding knot with his High School Sweetheart. The golf player and his girlfriend got engaged in 2012. He opened about his engagement while in an interview.

The Japanese golf player started playing golf from a very early age. He won his first amateur event in 2007 at the Munsingwear Open KSB Cup. Shortly after this series win, Rya turned professional in 2008. In his rookie year, Ishikawa won Mynavi ABC Championship and entered into the top 100 World Golf Ranking.

Rya made his PGA debut in 2009 and made cuts into Arnold Palmer Invitational, 2009 Masters Tournament. He won the Gateway to the Open Mizuno Open Yomiuri Classic. At the end of 2009, Ishikawa ranked in the top 50 and finished the season as the money list leader with $1.6 Million. The golf player has made it to top tournaments around the globe but has not won major events.

Ishikawa has won eighteen Japan Golf Tour events. He won his last event in 2019 and is yet to win a major tournament.