Lee Kyoung-Hoon was born on August 24, 1991, in Seoul, South Korea. He is yet to share information about his siblings and his parents with the media. Talking about his physical appearance, Lee stands five feet and ten inches tall and weighs 82 kgs.

Lee Kyoung-Hoon has an estimated net worth of more than $2 Million. He has accumulated most of his net worth through his career in golf. A golf player earns through multiple income sources like prize money, Endorsement deals, contracts, Sponsoships, and several other deals. Also, he makes as per his score in the whole series. 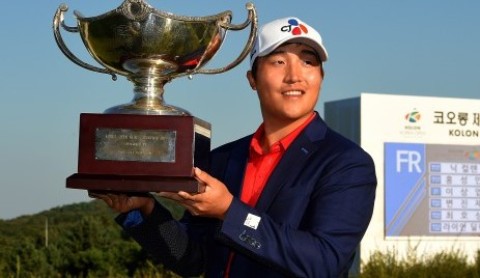 Lee has earned $2,046,752 from his four seasons with PGA Tour. This only makes up his prize money. He has played in several other Asian events and won several of them. In his very first year in the PGA, He took home $23,000 from just one event. In the 2018/19 season, Lee made $1.1 Million from thirty games. Last season, Several events were halted due to the COVID Pandemic, but the Korean golfer earned $781,000 from 25 events. CJ Logistics is an official sponsor of Lee.

Who is Lee Kyoung-Hoon Married To? Know About His Relationship Status

Unlike other famous golf players, Lee does not show any presence on social media platforms, increasing the relational gap between the followers and the player. Le has become very much successful in keeping his personal life away from the reach of the public. Following the information available, Hoon is a married man living a happy married life and wife.

Lee has not uttered about his relationship status and his family to date. In early 2020, as per a report, Lee and his wife had an accident while they were on the way to accept the Arnold Palmer Invitational in Florida. Besides this, there is no information about his conjugal life.

Lee made his professional debut in the One Asia Tour 2011. He finished 39th on the Order of Merit, with his best finish being a tie for sixth. After this series, The player joined the Japan Golf Tour in 2012 and recorded a runner-up finish in his second event of the year. The same year, Lee won his first title of the  Nagashima Shigeo Invitational Sega Sammy Cup.

In 2015, Hoon won his second tour of the OneAsia Tour. After this season, In the 2016 season, Lee moved to the States. He made his Web.com debut in 2017 and tied for third place in the Rex Hospital Open. Recently, Lee finished in a tie for second at the Waste Management Phoenix Open.