Memphis, Tennessee native, Ryan Spann was born on 24th August 1991, under the star sign Virgo. The twenty-nine years old is an American by nationality and is of Afro-American ethnic background.

Ryan Spann has an estimated net worth of $5 million as of 2020. Currently, he is signed to UFC where the fighter gets paid a base salary on fight night no matter if they win or lose. Also, there is typically a “win bonus” involved for the winning fighter, fight of the night, and performance of the night bonuses which are usually an extra $50,000 for fighters who do something extraordinary on fight night.

Before UFC, he extensively competed at Legacy Fighting Alliance, where he was the Light Heavyweight Champion.

Besides, he is sponsored by various brands such as Fight Fit lifestyle and fit.meals.prep many others. Ryan often flaunts his Ford on his IG.

Who is Ryan Spann Wife?

Light Heavyweight fighter, Ryan Spann is married and has children too. But the thing is Ryan has kept his personal life private. Sometimes, he shares pictures with his son and a daughter but his wife is nowhere to be found on his IG. 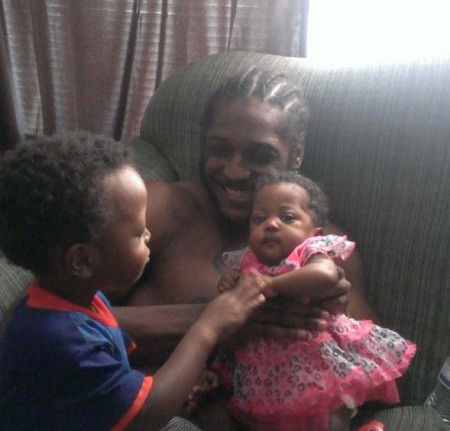 However, in most of the interviews, he credits his wife or his MMA success. Though a low key, Ryan is living a blissful life with his wife and children.

Ryan started training at 18 months old due to his older brother (by 10 years and 20 days) wanting to start Tae Kwon Do while his mother worked two jobs to provide for them. He has trained in several disciplines growing up. Reportedly, he always trained full-time and had not odd jobs besides MMA.

On 22nd September 2018, Spann made his UFC debut at UFC Fight Night: Santos vs. Anders, where he faced Luis Henrique. He won the fight via unanimous decision. On 11th May 2019, he faced Antonio Rogerio Nogueira at UFC 237. He won the fight via knockout in the first round. His 3rd UFC fight came on 12th October 2019 at UfC Fight Night: Joanna vs. Waterson where he defeated Devin Clark via submission in round two.

On 9th May 2020, he won against Sam Alver despite getting knocked in the third round. For now, he is expected to face Johnny Walker on September 19, 2020, at UFC Fight Night 178.