Lexington, Kentucky native, Ryan Ridder was born on 11th November 1984, under the star sign Scorpio. The son of Steve and Vicky Ridder, Ryan initially enrolled at the College of Wooster where he plays basketball for the college team (2003-2005) and then transferred to Embry-Riddle (2005-2006). He holds B.S. in Aerospace Studies and M.S. in Sports Management through the California University of Pennsylvania.

As college basketball is one of the biggest entertainment businesses in the United States and head coaches are the top expenses at mid-major schools, Ridder earns a tremendous sum through his profession. As of 2021, his net worth is approximately $0.5 million.

Neither Ridder nor Bethune-Cookman Wildcats disclosed any financial information regarding their contract, however, he reportedly made over $200,000 per annum as base salary. He recently signed with the University of Tennessee where he will earn more than what he earned at Bethune-Cookman. Besides, he also has additional guarantee revenue for media appearances, public speaking, or through guarantee game revenue.

Bethune-Cookman's head coach is a married man.  Ridder tied the knot with his long-time girlfriend, Jen (Calnan) on May 6th, 2017, in an intimate ceremony. In August 2018, the couple welcomed their first child, a daughter, Brixton to the world. On 26th July 2020, they had their second daughter, Remi Rae. 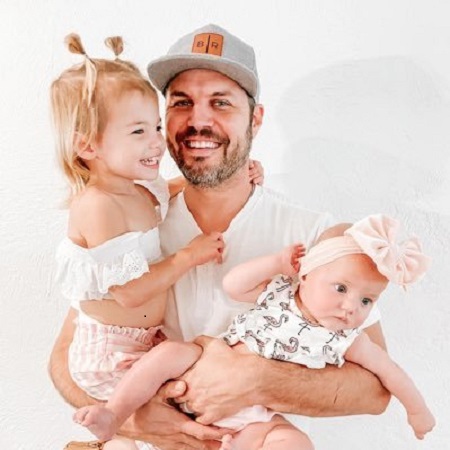 Besides basketball, he loves spending time with family and friends. Further, he enjoys all live sporting events, including football, baseball, and golf as well as listening to live music.

Following his father's footstep, Ryan Ridder pursued a career as a coach starting with North Raleigh Christian as an assistant. The following season, he returned to his alma mater for the very season only. In 2010, he joined Campbell as an assistant where he would serve until 2013.

Ryan recently joined the University of Tennessee as their head coach after their former coach Anthony Stewart died suddenly last November at age 50.