Ryan Pulock is a Canadian professional ice hockey player who plays in the National Hockey League (NHL). As of 2019, Ryan Pulock currently plays for the New York Islanders as their Defence.

As a Defence, Ryan Pulock reportedly earns around $2,000,000 as his yearly salary from New York Islanders. Further, Ryan Pulock has an estimated net worth of over $500,000. Additionally, Ryan Pulock is in a romantic relationship with his beautiful girlfriend Paige Friesen.

Ryan Pulock and his girlfriend spend a lot of quality time together beyond the busy schedule. They are spotted together at groceries too. Beyond this buzzy relationship, Ryan Pulock hasn't revealed their wedding plans with his future wife Paige Friesen. 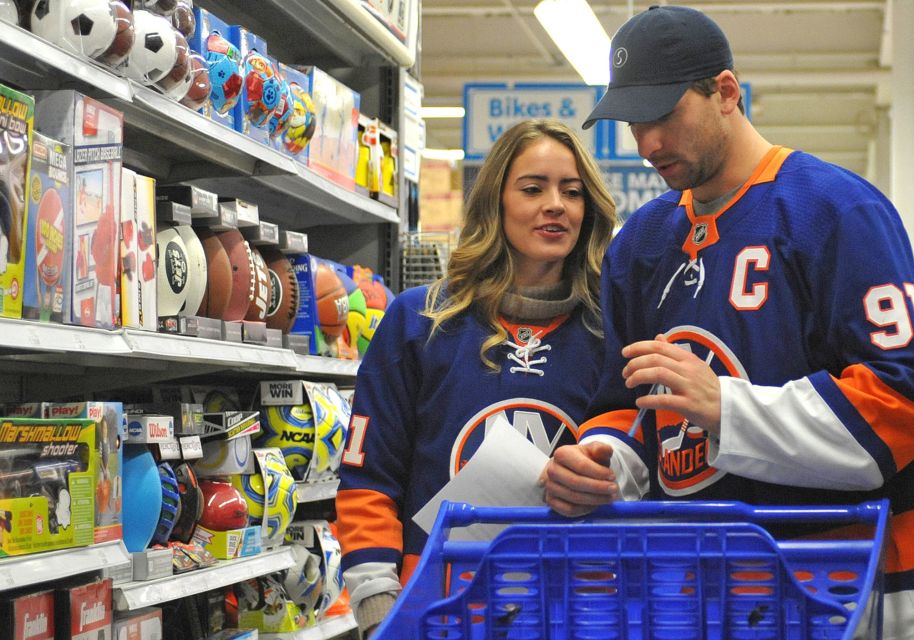 Talking about Ryan Pulock body structure, the famous NHL star is 6 ft 2 inches in height and weighs around 97 kg. Ryan Pulock is not only an ice hockey player, but he is also a very adorable person who loves and cares about his family.

Ryan Pulock Net Worth And Salary

Ryan Pulock was born on October 6, 1994, in Dauphin, Manitoba, Canada to parents Dave Pulock and Tannis Pulock. As per his nationality, he is Canadian and belongs to the White ethnic group. Further, his star sign is Libra. He grew up along with his brother, Brock, and Derrick.

Prior to his professional career, he was drafted in the 2009 WHL Bantam Draft by the Brandon Wheat Kings and played all his major junior hockey career with them.

In the first round (15th overall) of the 2013 NHL Entry Draft, the New York Islanders selected Pulock. Pulock was appointed to the 2014 WHL First All-Star Team the following season.

Pulock was signed with the Islanders on September 28, 2013, to a three-year entry-level contract. Pulock played with the affiliate of the Islanders in American Hockey League, the Bridgeport Sound Tigers, for three seasons before earning NHL time to play.

Pulock won his first 2015–16 season NHL call-up after placing Calvin de Haan on the injured reserve. He made his NHL debut against the Edmonton Oilers on February 28, 2016. On March 17, he recorded his first NHL career goal in a loss of 4–2 to the Nashville Predators. Further, on July 17, 2018, he re-signed with the Islanders.

Currently, he is playing along with his star team-mates such as Cal Clutterbuck, Tom Kuhnhack and many more.