Ryan Palmer is a well-known American golfer who has been playing professionally since 2000. Before turning professional, Ryan played for his University team and State. Palmer has won a total of six significant outs to date. He currently competes in the PGA Tour contract. Ryan ranked in the top 5 back in 2015 but could not continue his form.

Ryan Palmer was born Ryan Hunter Palmer on September 19, 1976, in Amarillo, Texas. He seems to the only child born to Butch Palmer and his wife, Gloria Palmer. Ryan has not shared information about his parent's economic lives. Ryan graduated from Amarillo High School and enrolled at the University of North Texas. Talking about his physical appearance, Ryan stands five feet and eleven inches tall and weighs seventy-nine kgs.

Ryan Palmer's Net Worth and Earnings

Ryan Palmer has an estimated net worth of more than $30 Million. This amount only includes his earning from his golf career. He must be making millions from his endorsement deals, advertisement, and contracts. Adding up his total earning from golf, it sums $30,184,191. 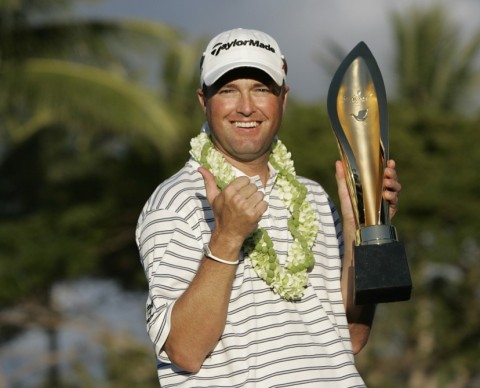 Palmer has been earning millions since his professional debut in 2000. He reached his first million figure in the 2003/4 season earning more than $1.5 Million. Ryan has achieved the highest amount of $2.9 Million in a single season in the 2013/4 season. He is currently ranked at the 42 positions among the highest earnings by a golf player where Tiger Woods tops the list-making more than $120 Million.

Ryan is at the peak of his career. He has already made more than $1.3 Million from his first eight tours. In recent years, The Golfer has not signed equipment deals for his reasons. Ryan will be adding much more in the days to come.

Ryan is a happily married man. Ryan is married to his longtime girlfriend, Jennifer Palmer. The love birds tied their wedding knot in 2002. They had been dating for sometime before walking down the wedding aisle. 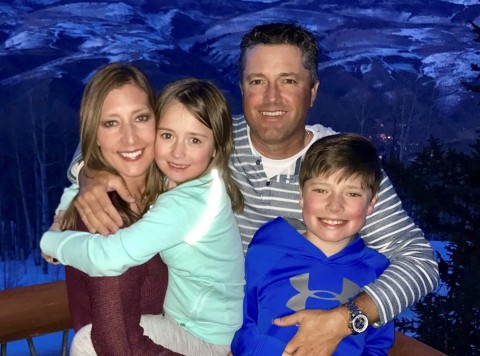 Soon after the wedding, Ryan and Jennifer welcomed two children, a son, Mason, and a daughter Madelyn. The family of four seems to be living a happy life. They can be seen going to a famous holiday destination. Recently, The duo opened about Jennifer's cancer.

Texas Native Ryan turned professional right after his graduation. He won his first major tour of the Clearwater Classic in 2003. Ryan finished the season 6th on the money list to earn his 2004 PGA Tour card. In the very first tour, Palmer won the 2004 FUNAI Classic at the Walt Disney World Resort ahead of Vijay Singh.

After having an excellent start to his golf career, Ryan had some ups and downs in his career. It took him four years to win his third career PGA Tour title at the Sony Open in Hawaii. Palmer ranked 23 in 2015, which remains the highest rank to his name. Recently, The golfer won the Zurich Classic.