Ryan Ellis is a Canadian professional ice hockey player who plays for the Philadelphia Flyers in National Hockey League. He plays as an offensive defenceman and is a three times national gold medalist.

The former Nashville Predators man is a fast skater and super-skilled stickhandler. He has been named the Canadian Hockey League Player of the Year in 2011. 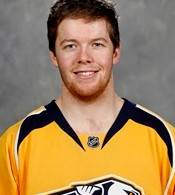 A brilliant hockey player from childhood, Ellis joined a club from Belmont, Ontario, at age four. Jim arranged the facilities for his son to train properly. He also played for Mississauga and Cambridge Hawks at the midget level.

Ryan is 5 feet 10 inches tall and weighs 180 lbs. The Philadelphia Flyers #4 has been one of the most crucial players for the team. The talented defenseman is known as the power specialist.

Ryan started his junior career at Windsor Spitfires back in 2007. He scored 15 goals in about 63 games and got named to the Ontario Hockey League. He was also named OHL Defenceman for the month of October. Nashville Predators got their man Ryan in the 2009 NHL Draft. Despite his small height, he proved all his haters wrong. He got acknowledged by the great ice-hockey legends. Predators resigned their defenseman to an eight-year $50 million contract.

On July 17, 2021, Philadelphia Flyers got Ryan for the replacement for  Phillipe Myers and  Nolan Patrick.

Ryan is a married man. He is married to his long-time girlfriend, Kaitlyn Lanthier. They started dating each other when Ryan was in Nashville playing. They disclosed their relationship on social media back in 2009. Ryan and Kaitlyn share a fun and close relationship with each other. Kaitlyn has always been an ice hockey fan. She loves to support his husband in every up and down of life. The biggest critic and fan of Ellis is none other than his wife, Lanthier.

The high-profile Philadelphia defenceman has signed an eight-year contract with the Flyers for a whopping $50 million. He has a salary of $6.25 million per year. That's one of the highest salary caps in the NHL. 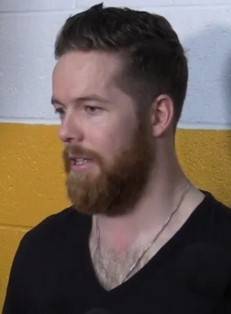 Ryan has sponsorship deals with many big brands in Canada. The companies pay a handsome sum of money to the former Nashville man. He is also planning to start a youtube channel.

The net worth of Ryan Ellis is estimated to be around $2 million- $5 million.