Ryan Anderson is an American Professional Basketball Player who plays in the National Basketball Association (NBA). Ryan currently plays as power guard for the Phoenix Suns and used to play for the teams like Orlando Magic and Houston Rockets

The skilled three-point shooter reportedly earns about  $18.74 million as an annual salary and has a net worth of $6 million. Ryan dated the former actress and model, Gia Allemand who committed suicide in 2013. Ryan married actress Kari Klinkenborg in August 2017.

Ryan Anderson was born on May 6, 1988, in Sacramento, California, the United States, to parents Jack Anderson and Sue Anderson.

Anderson attended Oak Ridge High School where he used to play with the high school basketball team. With the help of Ryan, the team won their first California State Championship.

Ryan declared himself for the NBA draft on April 3, 2008, and was selected with the 21st overall pick by the New Jersy Nets. Anderson averaged 7.4 points and 4.7 rebounds in 19.9 minutes per game and was ranked 10th among all NBA rookies in three-point percentage.

During 2011-2012, Ryan won the "NBA Most Improved Player Award" after averaging 16.1 points and 7.7 rebounds in 61 games. Anderson Led the NBA in three-point games while ranking seventh in free throw percentage, ranking 29th in rebounding and 33rd in scoring.

Can't wait to get back out on the court again!

On December 2, 2013, Anderson scored a career-high 36 points in a 131–128 win over the Chicago Bulls. On July 9, 2016, Anderson signed with the Houston Rockets and made a debut in their season opener in October, recording 14 points and six rebounds.

On December 23, Anderson set a new season high with 31 points in a 115–109 loss against the Memphis Grizzlies, and currently, he plays as power guard for the Phoenix Suns.

Ryan dated late reality tv-star Gia Allemand, a former model, who committed suicide in 2013. As per reports, Gia was battling with severe depression. After her death, Ryan became an advocate for Suicide Prevention.

The NBA star is now married to the beautiful actress and model Kari Klinkenborg. The couple met in 2016, while Kilnkenborg was in Los Angeles. Recently, Kari was diagnosed with endometriosis. 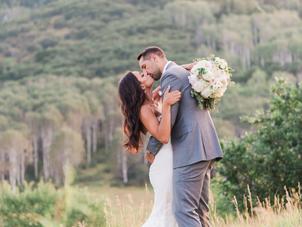 Ryan and Kari announced that they are expecting their first child through their social accounts.

The sweet-shooting forward, recently bought a house around the Hermosa Beach, California for $5.48 million. There are not any detailed information about his house, and cars collection.