Rurik Gíslason is a well-known former professional football player from Iceland. He played as a midfielder and forward for SV Sandhausen during his soccer career, and it's the last club he played. Not only that, the Iceland international has made his presence in several leagues playing for top clubs, such as HK, Charlton Athletic, Viborg, Copenhagen, etc., around the world. Not to mention, Rurik was a candidate for the centre-right Independence party in the Icelandic elections in 2016 and 2017.

Likeswise, he made his debut match from Iceland back in 2003 as a U17 player. Rurik has recorded 101 games for Iceland national team in several international contests. Except for football, the former FC midfielder also persuaded a career in the modelling and acting field. Hannes Por Halldorsson directed the Action-comedy film Cop secrete, the first movie he played in 2021. He is one of the most famous faces in Iceland and worldwide.

Rurik was born with the famly name Rurik Gislason on 25 February 1988 in Reykjavik, Iceland. At this time of writing, he is 34 years old, and his star sign is Pisces, as per astrology. He is a right-footed footballer. Rurik is a multi-talented individual who is concerned in several fields, including soccer modelling and acting. His good-looking appearance and his body well-maintained body statured have benefited him in the modelling field. Undoubtedly, he was one of the prudent footballers. Besides football, he loved dancing too. He even participated in a dance show called Lets dance. Eyeing his Instagram handle, the ex-Hk man like travelling to new places like beaches.

Regarding his family, Rurik is the caring son of his father, Gisli Kristofferson. All of his family are Iceland natives and hold citizenship. Yet, there is no info on the whereabouts of his mom. Due to his private nature, he has not shared much about his other family members, so we are uncertain if he has any siblings by his side. Not to mention, all Gislason members are faithful Christian pious who genuinely believe in and follow its ideology and practices.

Relationship status; Who is Rurik dating? Love affairs and gossip

When it comes to relationship issues, Rurik seems to be very suspenseful. He picks to keep his love life out of the media limelight. There is no post of his girlfriend or spouse on his social sites. However, surfing several verified sites, we learned that currently, Rurik is dating a beautiful IMG model named Nathalis Solani. The love birds have been dating since 2020. 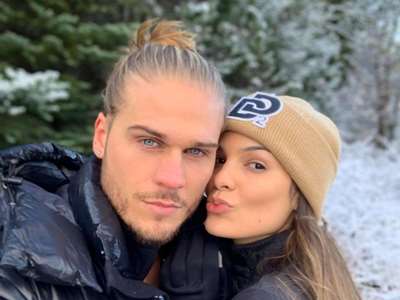 However, their actual dating date remains a mystery at the moment. Both of them have not officially announced their love mater to the people. Perhaps, they might be waiting for the right moment, or they don't want to be in any kind of rumour or controversy by revealing their name. Despite that, they have been seen together attending several events and shows. As he kept his life low profile, as a result, no info about his love topics is known to most of the masses. We will keep the tabs and update you on this when it is available.

Rurik Gislason, the Danish Superliga 2012-13 champion, has a well-shaped muscular body. He stands tall at the height of 6 feet or 1.84m and weighs over 74 kg. Because of his nordic looks, he has a massive fan following on his media outlets. The further description shows he has long blond hair and a tatoo on his right arm.

Rurik's net worth and annual income in 2022

The 34-year-old former footballer is involved in several professions like football, modelling, and acting. Moreover, he was in the football line for over fifteen years and had a fantastic soccer career. Thus, we can assume the wealth he acquired playing all these years. No doubt, he is among one of the wealthiest Icelandic football players. Besides that, he has been boosting his net worth from his modelling and acting career income. 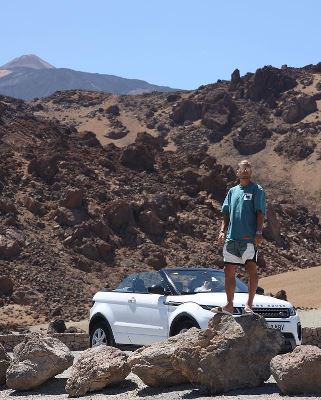 Everything in Ruriks's soccer career and stats

The Reykjavik-born retired footballer had a keen interest in soccer since an early age. Before playing professionally, he came across playing numerous local tournaments and matches in his country. Before making his amateur presence for German youth academy R.S.C Anderlecht, he trained at HK, the sports club based in Kopavogur, Iceland. We can say Rurik was the Anderlecht product. His senior professional soccer journey began in 2005 when he debuted for HK Kopavagour. There, Rurik recorded 12 overall league games in the Urvalsdeild league. 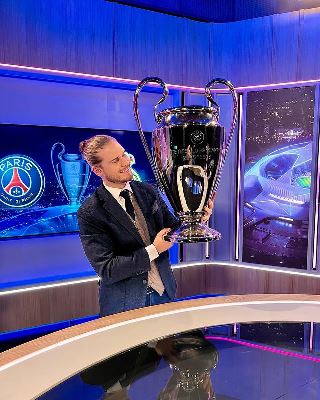 Shortly after some months, he then signed a two-year contract with EFL League one Club Charlton Athletic F.C in 2005. Sadly, he failed to debut for the team and was kept on the bench for two straight seasons, appearing without a single game. Hence after his departure, he determined to join Denish club Viborg for the 2007-8 and 2008-9 seasons. The former Charlton player scored 16 goals in 46 games during his tenure there. His stats were quite pleasingly compared to the previous club. Likeswise, in 2015, he signed with FC Nurnberg for three seasons but unfortunately, the club transferred him to the FC Nurnberg II team in the 2016-17 season.

Afterwards, he moved to SV Sandhausen in 2008 and played there until 2020. Similarly, he has represented Iceland national team in all forms of global competition. His first appearance came for Iceland came as a U17 player in 2003. He came into the spotlight in the 2018 Wold cup Russia when he stunned everyone in a match against Argentina. He got huge media attention after that match. So far, Rurik has played two world cup matches, five UEFA Euro Cups, and three world cup qualifiers for his country. The 6 feet tall model had a remarkable career. After fifteen years of his long career, finally, on 10 November 2020, he announced his retirement from football.

To get more interesting facts, gossip, news and information about your favourite athletes, stay tuned to Playerswiki.