Romeo Beckham is a rising English professional football player. He is currently playing in the USL League One for Fort Lauderdale CF. Beckham plays as a forward for his team. Romeo is better known as the son of famous n English former professional footballer, the current president & co-owner of Inter Miami CF, David Beckham.

Romeo Beckham was born Romeo James Beckham on September 1, 2002, in London, England. He is the second child born to David Beckham and his wife, Victoria Adams. His mother is an English singer, songwriter, fashion designer, and television personality. Romeo has not shared his education and academic qualifications. Beckham stands five feet and eight inches tall and weighs 61 kg.

Romeo Beckham has just started his professional career with the club co-owned by his father in Major League Soccer. He signed the contract with Fort Lauderdale in September 2021, but none of the parties has shared a word about the provisions mentioned in the contract. Beckham must be living a luxurious lifestyle through his parent's successful career. 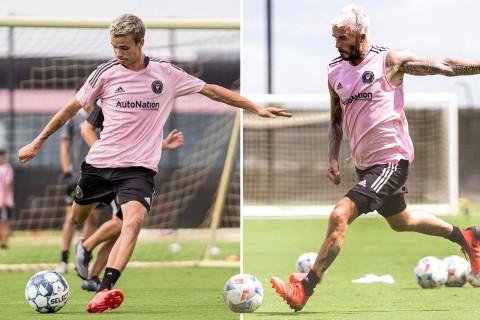 Romeo practices along with his father David in Miami SOURCE: The Sun

Romeo's father, David Beckham, has an estimated net worth of more than $500 Million. He has buckled up most of his net worth through his two decades career in football and from commercial endorsements from sponsors including Adidas, Coty, H&M, Sainsbury's, Samsung. David also worked as an ambassador for the Chinese Super League for more than two years. He famously became the face of Giorgio Armani in 2007 for a £20 million, three-year deal.

David is the co-owner of Inter Miami CF in the MLS. Victoria is estimated to have a net worth of more than $300 Million. She owns a huge stake in the Beckham Brand Holdings, and her brand Victoria Beckham Ltd has a net worth of £100 million.

Romeo and his siblings live in a $20 Million Penthouse in Miami, Florida. David and Victoria bought the house in April 2020. In addition, The couple owns a $4 million house in southern France, a $41 million mansion in West London, and an $8 million converted barn in Great Tew. They had bought a Beverly Hills mansion for $18.7 million and sold this home for $33 million in 2018.

Who is Romeo Beckham Dating? Know About His Girlfriend and Relationship Status

Beckham is very much open about his relationship status. Romeo is involved in a romantic relationship with his longtime girlfriend, Mia Regan. The love birds have been together for some time. 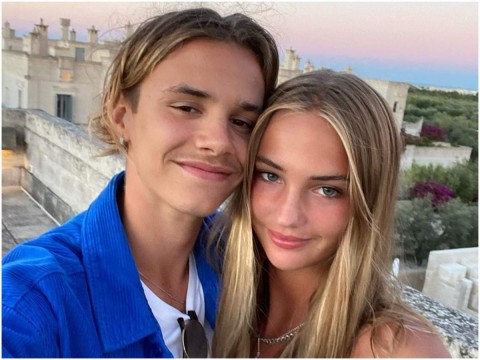 Both of them are active social media users and keep sharing a lot of their pictures.

Romeo's parents first met each other in 1997 and started dating after some time. David proposed Victoria Adams on January 24, 1998, in a restaurant in Cheshunt, England. They walked down their wedding aisle on July 4, 1999, at Luttrellstown Castle in Ireland. They had their first child, Brooklyn Joseph, on March 4, 1999. 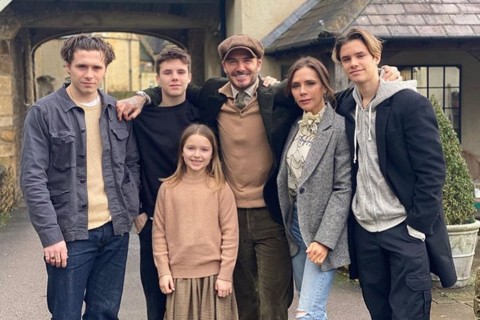 Romeo shares a photo with his parents and siblings SOURCE: Mirror Co Uk

The family of three extended to four after the birth of Rome James in September 2002. In February 2005, Romeo welcomed his younger brother Cruz David into the family. In 2011, David and Victoria were blessed with their youngest child, Harper Seven.